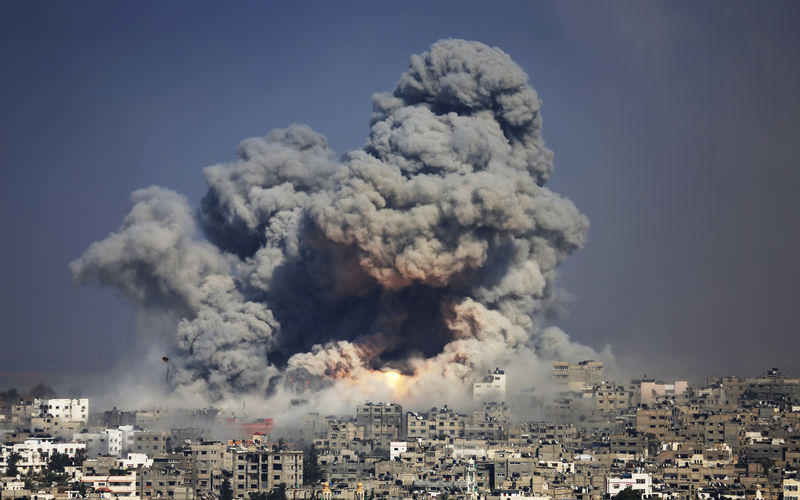 by AA Aug 22, 2014 12:00 am
The Palestinian Health Ministry on Thursday called for an international probe into what it described as "evidence" it had collected that Israel was using internationally-banned materials in its ongoing onslaught on the Gaza Strip.

The ministry said its personnel had reported the arrival at Gaza hospitals of persons with missing limbs and other serious injuries inflicted as a result of Israel's use by Israel of experimental Dense Inert Metal Explosive (DIME) explosives, which are internationally-banned.

In a statement, the ministry asserted that Israel was also using small "nail bombs," shrapnel from which causes serious injury to all parts of the body.

The ministry further contended that weapons being used by Israel in the Gaza Strip may contain radioactive materials that could have serious long-term health effects and pollute the environment.

It went on to call for an international probe into Israel's use of the aforementioned weapons, and into crimes committed by the Israeli army against residents of the Palestinian enclave.

Experts say DIME munitions contain components that cannot be detected by X-rays – a violation of the 1980 Protocol to the Convention on Certain Conventional Weapons, to which Israel is a signatory.

The use of DIME munitions in civilian-populated areas also constitutes a violation of the Geneva Conventions.

Israel has pounded the beleaguered Gaza Strip since Tuesday following the collapse of a temporary truce with Palestinian factions.

At least 58 Gazans have been killed by Israeli attacks since Tuesday, bringing to 2077 the number of Palestinians killed since it began its offensive on July 7.

Israel accused Palestinian factions of violating the ceasefire (which expired on midnight Tuesday) by firing rockets – a claim denied by resistance faction Hamas.

Palestinian negotiators, for their part, accused Israel of using the alleged rocket attacks to derail indirect truce talks in Cairo that had been underway at the time.