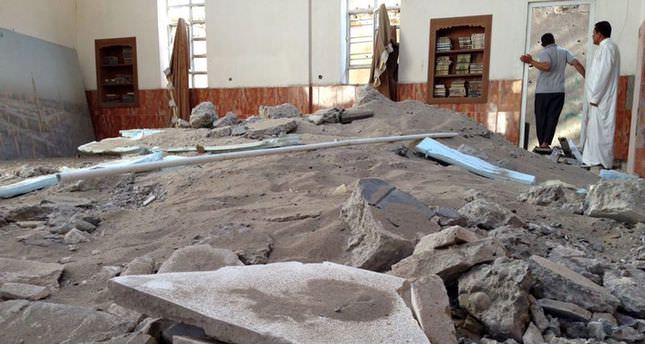 by Aug 22, 2014 12:00 am
Shiite militiamen opened fire during Friday prayers at a Sunni mosque in the Hamreen area northeast of Baghdad, killing at least 32 people, Iraqi officials said.

A resident of the area in Diyala province said the attack was carried out by the militiamen in revenge for a roadside bomb that struck one of their patrols, an account backed up by MP Nahida al-Daini, who put the death toll at 32.

Interior ministry spokesman Brigadier General Saad Maan supported that version of events, but said the bomb blast had targeted civilians who have volunteered to fight alongside Iraqi security forces, who then randomly opened fire.

These volunteers are overwhelmingly Shiite and are militia in all but name, though officials are keen to avoid that label due to its association with organisations that carried out brutal sectarian killings in past years.

The incident at the mosque is all but guaranteed to increase already-high sectarian tensions and widespread anger among Iraq's Sunni Arab minority with the Shiite-led government.

This will undermine government efforts to retake predominantly-Sunni areas overrun by jihadist-led militants, who launched a major offensive in June that swept security forces aside.