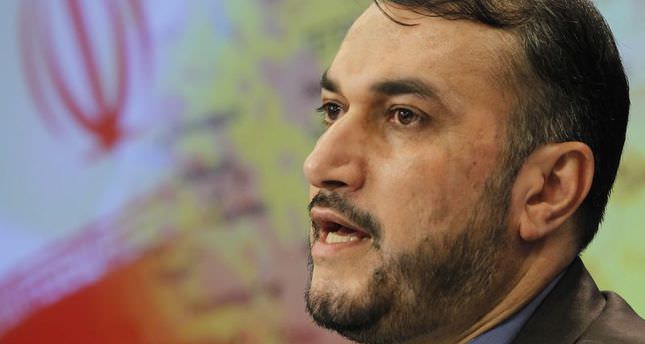 Shi'ite Muslim Iran and Sunni Saudi Arabia are enmeshed in a struggle for influence across the Middle East and back opposing sides in conflicts and political disputes in Iraq, Syria, Lebanon, Bahrain and Yemen.

But both Riyadh and Tehran welcomed this month's appointment of incoming Shi'ite Prime Minister Haider al-Abadi in Iraq, which is battling to contain the extremist threat of the self-proclaimed Islamic State of Iraq and al-Sham (ISIS) militant group.

IRNA said Abdollahian is scheduled to meet Saudi Arabia's Foreign Minister Prince Saud Al Faisal on issues concerning the two countries, in the first such visit since the election of Iranian President Hassan Rouhani in 2013.

A spokesman for Saudi Arabia's Foreign Ministry was not immediately available to comment.

One of Rouhani's first official comments after being elected was a pledge to improve ties with the Islamic republic's Gulf Arab neighbours, but mutual suspicion has persisted.

In May, Prince Saud said he had already invited Iranian Foreign Minister Mohammad Javad Zarif to visit the kingdom for talks, but Iran later said the invitation was only to participate in a wider Islamic meeting and that he could not attend.