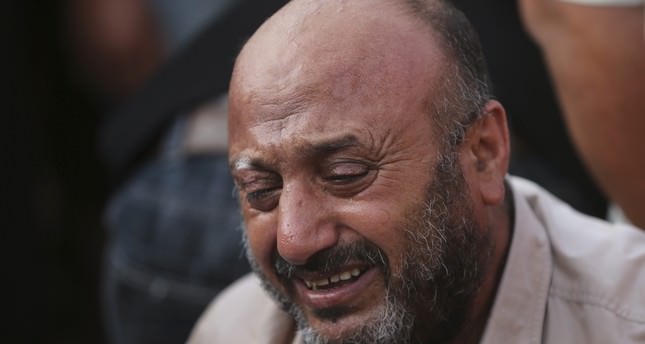 by daily sabah Aug 25, 2014 12:00 am
The Judeh family marked the 89th family to be wiped out by Israel's Operation Protective Edge said Gazan officials as Israel escalated its barbaric offense since the ceasefire resumed on August 19.

The Judehs, a mother and her four children were killed instantly when their building was striked by Israeli air forces. Neighbors said no warnings were given before Israel launched its attack.

Prime Minister Benjamin Netenyahu on Sunday warned Palestinians to evacuate buildings that Hamas fighters were supposedly operating from saying "I call on the inhabitants of Gaza to evacuate immediately from every site from which Hamas is carrying out terrorist activity. Every one of these places is a target for us."

Israel started its offensive on the besieged Gaza strip on July 8 killing more than 2100 people of which close to 600 of them are children.