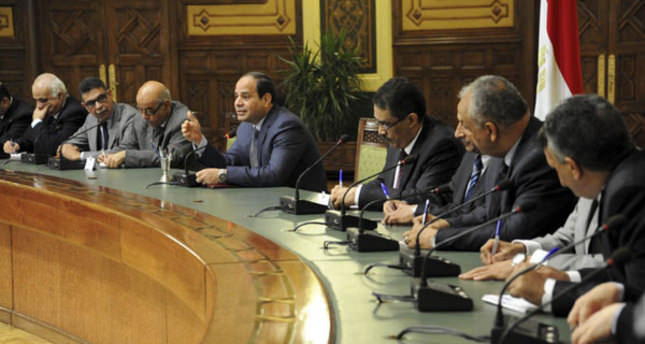 by AA Aug 25, 2014 12:00 am
Libya's neighbors on Monday reiterated their support for the North African country's elected parliament, urging local militias to lay down their arms and renounce violence.

Concluding a meeting in Egyptian capital Cairo, they recognized Libya's elected parliament as the sole representative of the Libyan people.

In a joint statement, neighboring countries-Egypt, Algeria, Tunisia, Chad and Sudan-called for an immediate cessation of hostilities in Libya to make way for a political solution.

They urged Libyan militias to lay down their weapons and renounce the military option as part of a regionally- and internationally-sponsored framework agreement between all sides.

Libya's neighbors underlined the need for punitive measures against violators of the agreement, including targeted sanctions against individuals and groups.

They called on foreign parties to refrain from supplying weapons to "illegitimate" armed militias in Libya.

Neighboring countries further asserted that weapons should only enter Libya if requested by the Libyan government, while the U.N. Security Council, they said, should approve any sanctions applied to violators.

Libya has been plagued by recent fighting between a loosely organized national army and local militias that held onto their weapons following the ouster and death in 2011 of long-ruling strongman Muammar Gaddafi.