US considers military options in Syria against ISIS 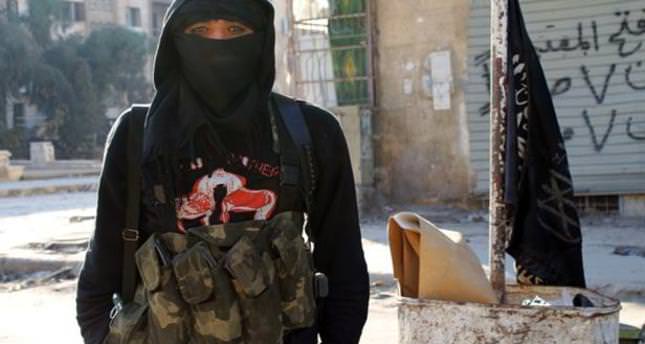 The U.S. Air Forces have been authorized to perform surveillance flights over Syria to combat ISIS as the group's threat to the region continues to grow. Yet, no official decision has been made to carry out airstrike

U.S. President Barack Obama has authorized surveillance flights over rebel-controlled parts of Syria, officials said. The authorization could pave the way for airstrikes against the Islamic State of Iraq and al-Sham (ISIS) which has already been targeted by the U.S. in Iraq.

Yet, the officials stated that no decision had been made to expand U.S. action in Iraq. ISIS has threatened the U.S. with attacks but Gen. Martin Dempsey, said that ISIS eventually needs to be addressed on "both sides of what is essentially at this point a non-existent border" between
Syria and Iraq.

ISIS, which executed an American captive last week, has threatened the U.S. with attacks but last week General Martin Dempsey, chairman of the Joint Chiefs of Staff, said that ISIS eventually needs to be addressed on "both sides of what is essentially at this point a nonexistent border" between Syria and Iraq.

Dempsey's spokesman confirmed on Monday that options against Islamic State were under review and stressed the need to form "a coalition of capable regional and European partners." "With Central Command, (Dempsey) is preparing options to address ISIS both in Iraq and Syria with a variety of military tools including airstrikes. The bottom line is that our forces are well postured to partner with regional allies against ISIS," Colonel Ed Thomas said. According to Reuters, a U.S. official said Washington was also preparing to launch intelligence and surveillance flights, including drones, over Syria.

Two other U.S. officials also acknowledged the preparation of strike options against ISIS in Syria, with one saying planning had been under way for weeks. However, there is no concrete action from the U.S. side nor is there is no official decision to carry out airstrikes against ISIS targets in Syria. "We are just not there yet," said a senior U.S. defense official to Reuters.

White House spokesman Josh Earnest said Obama would consult Congress on whatever he decided on Syria, but would not necessarily seek congressional approval. He said Obama had not made any decisions on whether to use airstrikes against Islamic State militants in Syria. Earnest said the Islamic State threat was a different situation from a year ago when Obama said he wanted Congress to approve the use of airstrikes to stop Syrian President Bashar Assad from using chemical weapons on his own people.

Meanwhile, the Syrian regime stated that Damascus is ready to cooperate with international and regional efforts to fight terror but efforts must be coordinated with it. The Syrian foreign minister Walid al-Moualem said on Monday they are ready to welcome the U.S. for cooperation. But the U.S. has not welcomed the offer.
Last Update: Aug 27, 2014 2:05 am
RELATED TOPICS