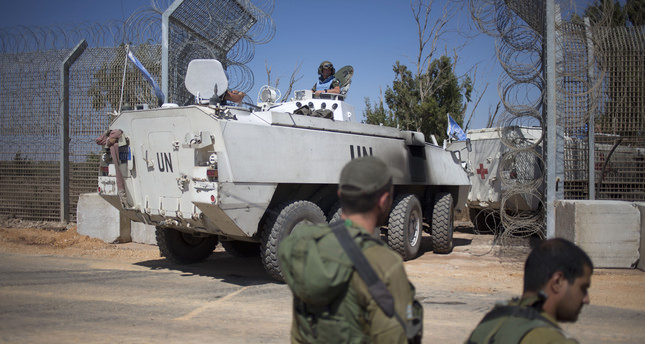 by Associated Press
Aug 28, 2014 12:00 am
The United Nations says 43 peacekeepers have been detained by an armed group in Syria during fighting and 81 other peacekeepers are trapped.

The office of U.N. Secretary-General Ban Ki-moon says the peacekeepers were detained early Thursday on the Syrian side of the Golan Heights during a "period of increased fighting between armed elements and the Syrian Arab Armed Forces."

The statement says another 81 peacekeepers are "currently being restricted to their positions in the vicinity of Ar Ruwayhinah and Burayqah."
Last Update: Aug 28, 2014 5:23 pm