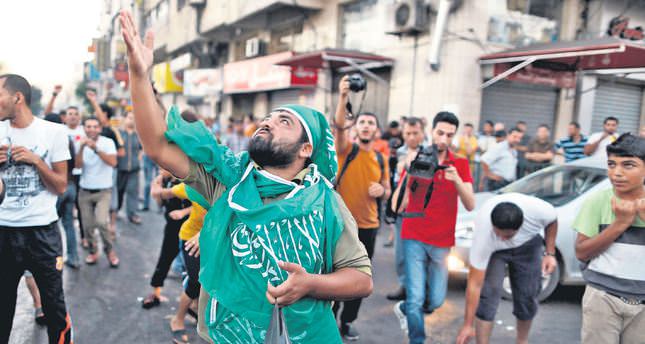 After a long Hamas resistance, Israel has agreed to a permanent cease-fire to halt its four-week deadly military operation that cost the lives of thousands of unarmed Palestinian civilians

The Israel and Hamas delegations agreed to put an end to the weeks-long Israeli offensive on the Gaza Strip, as Hamas officials consider the recent permanent ceasefire as a "victory for [Hamas] resistance." The truce entered into force at 7 p.m. on Tuesday evening. Since then, no Israeli attacks have been reported, as the deal immediately eased the ongoing tension on both sides of the border. Yet, whether the current cease-fire prevails is a matter of concern, as the peace talks continued on volatile ground. Another crucial point is that the current truce would pave the way to resolve the conflict, thereby ending the catastrophe in the Palestinian territory that was under Israeli siege. "On a political basis, most of Hamas' demands have been accepted by Israeli authorities," said Professor Mustafa Sıtkı Bilgin of Yıldırım Beyazıt University, who specializes in diplomacy and international relations.

United Nations Secretary-General Ban Ki Moon issued a statement on the Gaza ceasefire, welcoming the permanent Israeli-Hamas peace talks that would bring an end to Israel's deadly attacks. "The secretary-general remains hopeful that the extended cease-fire will act as a prelude to a political process as the only way of achieving durable peace," UN spokesman Stephane Dujarric said.

Based on the Egyptian-brokered cease-fire deal, Israel agreed to ease its eight-year blockade of Gaza by opening more of its border crossings with the Gaza Strip to allow in humanitarian aid. Many see the long-term truce as the start of lifting the years-long blockade. The bilateral agreement would also lead to opening Israel's 14 kilometer border with Gaza at the Rafah crossing and narrowing the security buffer, so long as the truce holds.

Professor Ali Arslan spoke to Daily Sabah about the long-term cease-fire and its impact on future relations between Israel and Hamas. "Based on international theory, it is impossible to define the cease-fire as a victory for Hamas," he said. "It is not about Hamas' success, but it is the tactical fault of Israel as Israel's ground assault on Gaza failed; face-toface contact with Hamas militants would lead to Israel's failure in its mission on Palestinian territory."

He also stressed the importance of an international treaty, an internationally binding contract for Hamas to gain victory over Israel. "As Israel does not recognize the Palestinian territory and calls it 'authority' there is no need for a cease-fire on an unrecognized territory, whether permanent or not. Even during the permanent cease-fire period, Israel does not accept the authority of a Palestinian state, as Israel is still the sole authority that allows the delivery of various humanitarian aids."

The attempts to resume peace talks over the past decade have led to no further progress on ending the ongoing conflict, as peace talks have resumed many times in Cairo. Any long-term cease-fire in Gaza in the indirect talks in Cairo seems difficult to achieve, as the two sides have not been able to reconcile, thus agreeing to each other's demands and the wide gaps left no room for reconciliation between the two parties to put an end to a month of bloodshed in Gaza. The peace talks between Israeli and Palestinian officials for a solution to the decades-long conflict based on territorial compromise have broken down due to mutual accusations of violations in implementing key aspects of the agreements.

As both sides reached a long-term agreement, the aggression would likely decrease. The two sides have blamed each other, as both sides were unable to secure compromises. The Palestinian delegation wants the eightyear old Israeli blockade of the territory to be lifted, an extension of the strip's maritime and security boundaries and the building of a sea port and reopening of an airport in the Palestinian enclave, as the Israeli delegation, whose sole aim is to reach full demilitarization of the besieged Gaza, rejects the Palestinian delegation's demands.

The Gaza war broke out on July 8 when Israel started to launch airstrikes in Hamascontrolled Gaza. Israel deployed its ground troops to Gaza on July 17, which led to escalating tension between Israel and Hamas. The relentless Israeli attacks had claimed the lives of at least 2,145 Palestinians, mostly unarmed civilians, since the hostilities erupted. The U.N. reported that more than 75 percent of those killed in the Gaza assault were civilians.
According to the Palestinian Health Ministry, the Palestinian death toll includes 578 children, 261 women and 102 elderly people.

Tens of thousands of Palestinians face a deteriorating humanitarian situation. Much of Gaza's territory has been affected by evacuation warnings or declarations of "no-go zones" by the Israeli military, causing many Palestinians to seek refuge in safer areas. Around 500,000 Palestinians were displaced as a result of the demolition of their homes and livelihood.
Last Update: Aug 28, 2014 1:44 am
RELATED TOPICS