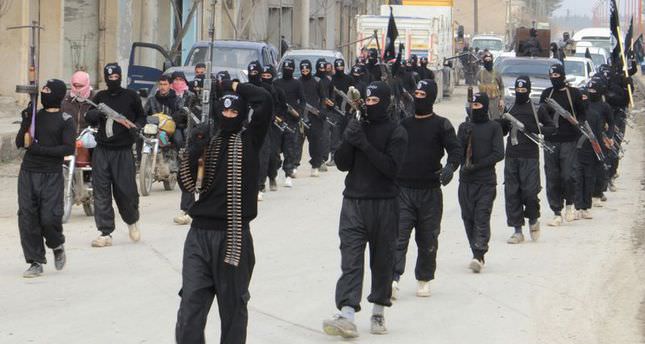 by Aug 28, 2014 12:00 am
ISIS fighters have executed more than 160 Syrian soldiers it captured during its storming of a key northern air base this week, an activist group said Thursday.

The militants boasted on Twitter that they had killed 200 defeated troops and posted video of what they said was the garrison in headlong flight.

The soldiers were fleeing the militants' seizure of the Tabqa base Sunday, which cemented ISIS control over Raqqa province, capital of its self-declared "caliphate."

Abdel-Rahman said the defeated garrison comprised 1,400 soldiers, 200 of whom were killed and 700 of whom managed to escape.

Of the other 500, dozens were captured Wednesday night as they attempted to cross the desert to government-held territory in the Orontes Valley to the west.

In Syria, the group controls all of Raqqa province and much of Deir al-Zor further down the Euphrates Valley towards the Iraqi border.

It also controls most of the Sunni Arab heartland of neighboring Iraq, north and west of Baghdad, including second city Mosul.

It has repeatedly posted often gruesome videos, both as a warning to those joining up to the Syrian army and as a propaganda tool to recruit volunteers from the wider Islamic world.