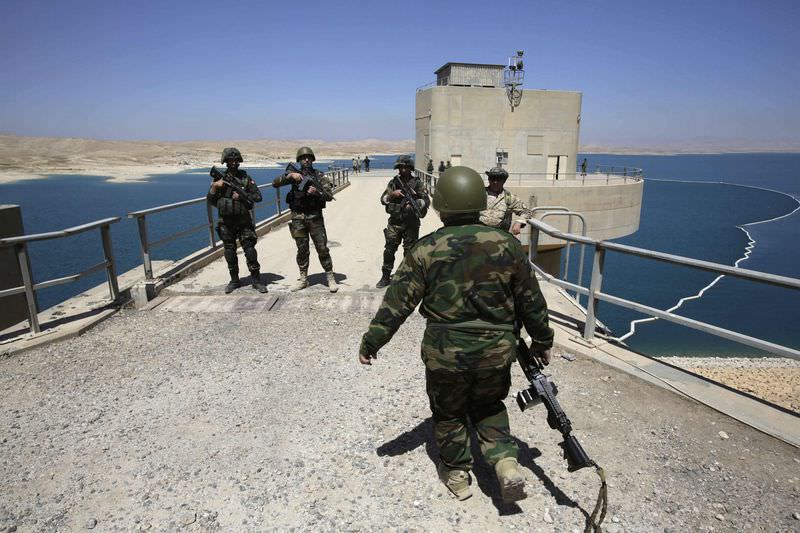 by Aug 28, 2014 12:00 am
Kurdish Peshmerga forces Thursday took control of seven villages from the self-proclaimed Islamic State of Iraq and al-Sham (ISIS) in northern Iraq in a major offensive against the radical group, the Iraqi government-run TV al-Iraqiya reported.

The villages are located near the strategic Mosul Dam, which the Peshmerga had recaptured from the extremists in mid-August.

The dam, Iraq's largest, is located on the Tigris River, which flows through the capital Baghdad.

After having suffered setbacks by ISIS early this month, the Peshmerga, backed by US airstrikes, have been able to retake several areas from the al-Qaeda splinter group in the past two weeks.

Jihadists on Thursday torched an oilfield near the rebel-held northern city of Mosul in a bid to block advancing Kurdish forces, the Peshmerga military said.

The Ain Zala field is located in the militant-held area of Zumar, which the Peshmerga are preparing to wrest back, the military told dpa on condition of anonymity.

ISIS has seized several oilfields in northern Iraq where it has made considerable territorial gains since June.

The radical group uses revenues from illegal oil sales to fund its activities, according to media reports.

The ISIS's territorial expansion in Iraq and neighbouring Syria has prompted several countries to offer arms and military equipment to Kurdish forces fighting the militants in northern Iraq.

The non-combat unit started Wednesday its mission at the general consulate in Erbil, the capital city of Iraq's autonomous region of Kurdistan, the army said.

The German government has said it will provide arms to Kurdish forces, although Chancellor Angela Merkel has repeatedly said no combat troops would be sent to Iraq.

The soldiers are to assist in the delivery of packages consisting of civilian and military supplies in coordination with the Iraqi government and Kurdish local authorities.

In late June, ISIS leader Abu Bakr al-Baghdadi declared himself the ruler of an caliphate in the territory under his group's control in Syria and Iraq, raising fears of the emergence of a regional militant enclave.