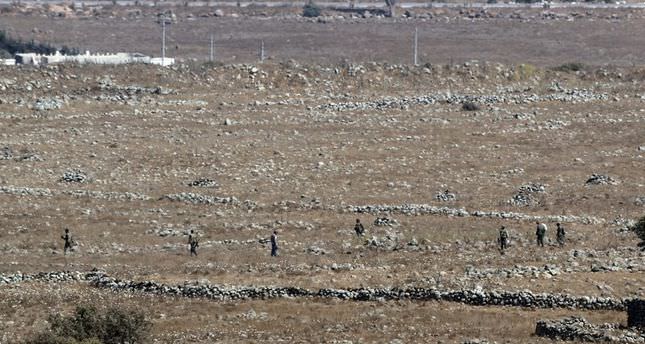 The men were taken hostage when militants from Syria took over the Lebanese border town of Arsal for five days before withdrawing toward the Syrian frontier, taking with them Lebanese soldiers and policemen as hostages. The clashes were the most dangerous spillover of violence from the civil war in neighboring Syria.

While the release of the five men provided a degree of relief, concerns remain about the troops and policemen still in captivity. On Sunday, the families of the men still being held burned tires to block two highways in the Bekaa Valley near Arsal, demanding their release.

Syria's civil war has had a massive impact on Lebanon over the past three years, damaging the economy, inundating the country with more than 1 million refugees, undermining security and sending sectarian tensions soaring.

Many Lebanese Sunni Muslims support the rebels seeking to overthrow President Bashar Assad, while Shiites largely back the Syrian government.

Lebanon's Sectarian tensions have been further stoked by the direct military intervention in the Syrian conflict by Hezbollah, which has dispatched fighters to help bolster the Syrian military aid that has proven critical in keeping Assad in power.

The Nusra Front, a militant extremist group, played upon those tensions in a statement posted online Sunday. It said it freed the Lebanese solders because they are Sunnis, and told Lebanon's Sunni community that the men's release is "proof of our love for you since you are our family."

The al-Qaida affiliate also accused the Lebanese army of being "an obedient tool" of Hezbollah, and warning Sunnis that the Shiite militant group "is conspiring against you and wants the Sunni youth to fight for it."