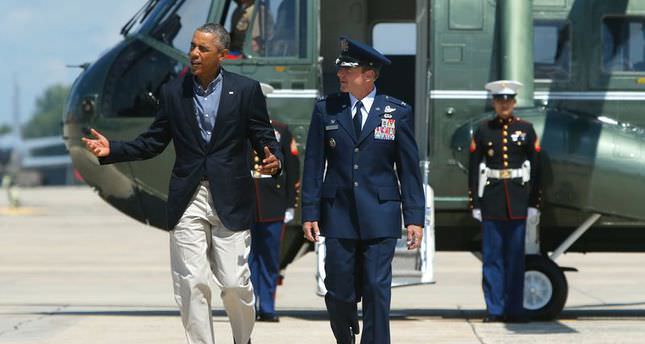 by Associated Press
Sep 01, 2014 12:00 am
President Barack Obama has sent official notification to Congress of his order for last week's airstrikes and humanitarian aid drops to help Iraqis threatened by ISIS militants.

The White House on Monday released a letter formally letting Congress' leaders know that Obama approved the mission that repelled militants in the northern Shiite town of Amirli and dropped food, water and medical supplies for civilians.

Such notifications are required by law and are considered a formality.

ISIS group has control of vast swaths of Syria and Iraq, has killed civilians from that region and beheaded American journalist James Foley.

The United States has conducted airstrikes in northern Iraq to halt the advance of Islamic State fighters. It is also considering extending its air campaign into Syria.