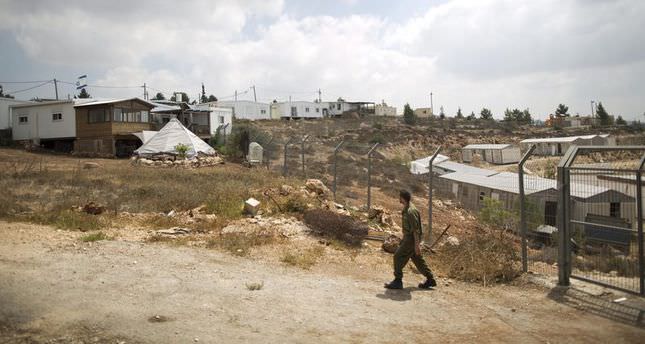 by Sep 01, 2014 12:00 am
The United States urged Israel on Monday to reverse its latest plan to seize Palestinian land in the Bethlehem area of the occupied West Bank.

"This announcement, like every other settlement announcement Israel makes, planning step they approve, and construction tender they issue, is counterproductive to Israel's stated goal of a negotiated two-state solution with the Palestinians," a State Department official said.

"We urge the government of Israel to reverse this decision."

The plan, announced Sunday, foresees the expropriation of of 988 acres (400 hectares) of Palestinian land by the Israel government.

According to the Israeli military, the move was a political decision made after the June killing of three Israeli teenagers snatched in the same area, known to Israelis as the Gush Etzion settlement bloc.

Israel has named three Palestinians from the southern West Bank city of Hebron as being behind the murders.

The plan has angered the Palestinians and alarmed Israeli peace campaigners.

The move has also been slammed by Egypt, which last week mediated a permanent truce between Israel and the Hamas rulers of the Gaza Strip to end a 50-day war -- the deadliest in years.

Israeli Prime Minister Benjamin Netanyahu's policy of settlement expansion on land the Palestinians claim for a future state is deemed illegal by the European Union and an "obstacle to peace" by the United States.