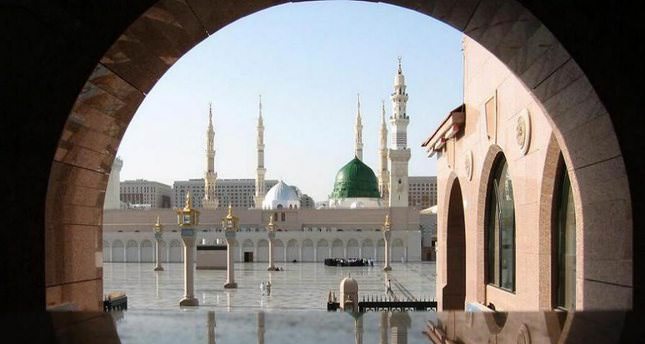 by Daily Sabah Sep 02, 2014 12:00 am
The tomb of the Prophet Mohammad is on the brink to be destroyed and his body to be removed to an unknown location according to The Independent Daily, a British national newspaper.

The controversial proposal, which could risk new division and spark ongoing dispute among the Muslim community, is within the consultation document that is being circulated among the supervisor of Masjid al-Nabawi mosque in Media. The controversial 61-page document prepared by a Saudi academic Dr. Ali bin Abdulaziz al-Shabal of Imam Muhammad ibn Saud Islamic University in Riyadh also suggested destruction of the tombs of Prophet's wives and daughters, according to the British Daily.

Although the tomb of the Prophet is visited and respected by both Sunni and Shi'ite Muslims, destroying the tombs and removing Prophet's remains could spark unrest between the two branches of Muslims.
Last Update: Sep 02, 2014 4:58 pm
RELATED TOPICS