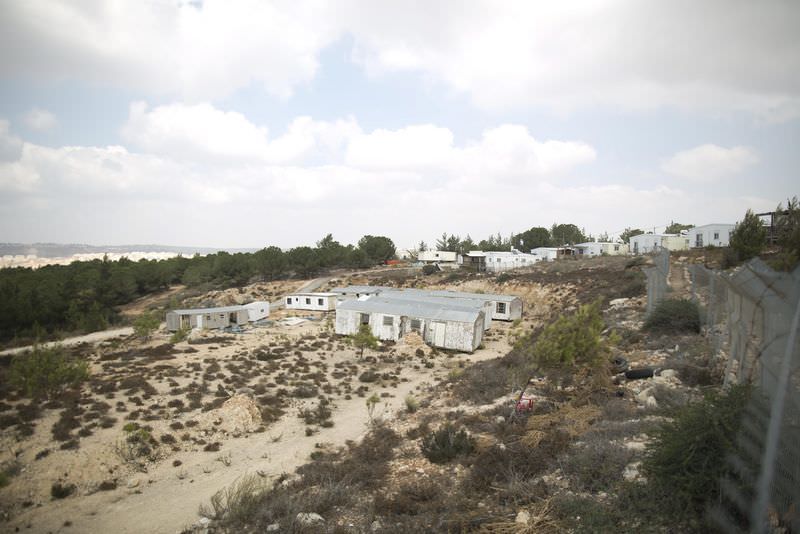 by Daily Sabah Sep 02, 2014 12:00 am
U.S. and Palestinian officials have urged Israel to reverse its decision of massive land appropriation in the occupied West Bank for new settlement constructions. Israel's civil administration in the West Bank announced on Sunday the appropriation of almost 400 hectares of land belonging to five Palestinian villages in in the Etzion settlement bloc near Bethlehem.

According to an anti-settlement group called "Peace Now," the land seizure was the largest announced by Israel in the West Bank since the 1980s. Israel's Civil Administration in the West Bank announced on Sunday the confiscation of 400 hectares near the Jewish settlement of Gush Etzion in the southern West Bank. The seized land declared as "state land, on the instructions of the political echelon" belongs to five Palestinian villages in the area: Jaba, Surif, Wadi Fukin, Husan and Nahalin. Israeli Radio reported that the order was taken in response to the kidnapping and killing of three Jewish teens in the West Bank in June.

The U.S. sees the announcement as "counterproductive" to achieve peace and a two-state solution between Israel and Palestine. "We have long made clear our opposition to continued settlement activity," said the State Department official in Washington to Reuters, who spoke on the condition of anonymity. "This announcement, like every other settlement announcement Israel makes, is counterproductive to Israel's stated goal of a negotiated two-state solution with the Palestinians." The official declared that the U.S. urges Israel to reverse its decision.

Palestinian Authority (PA) President Mahmoud Abbas also called on Israel to cancel the decision of appropriation. "This decision will further worsen the situation and lead to more instability," Nabil Abu Rudeinah, spokesman for the PA, told Palestinian Wafa news agency. "This will only inflame the situation after the war in Gaza." the presidential spokesmen said. The seized land is the largest in last 30 years, according to Peace Now. They declared that the appropriation was meant to turn a site where 10 families now live adjacent to a Jewish seminary into a permanent settlement. The administration of President Barack Obama has had disputes with Netanyahu over settlements since taking office in 2009.

A Palestinian negotiator will visit the U.S. this week to get approval from the U.S. administration on the Palestinian strategy for ending the occupation. Mahmoud Abbas will also attend an Arab foreign ministers meeting in Cairo to explain his plan for a U.N. Security Council resolution on ending Israel's occupation of Palestinian territories. "Our strategy aims at getting an Israel and American recognition of a Palestinian state within the 1967 borders and with East Jerusalem as its capital,"Abbas Zaki, a member of Fatah's Central Committee, told Anadolu Agency on Sunday.

The current occupation will pave the way for the construction of a new settlement called "Geavot" that Israel has been negotiating since 2000. Last year, the government invited bids for the building of 1,000 housing units at the site. Israel's settlement activities are regarded as illegal under international law by most countries. About 500,000 Israelis live among 2.4 million Palestinians in the West Bank and East Jerusalem, territory that Israel captured in the 1967 Middle East war.