Israel may not send negotiators to Cairo for permanent Gaza ceasefire 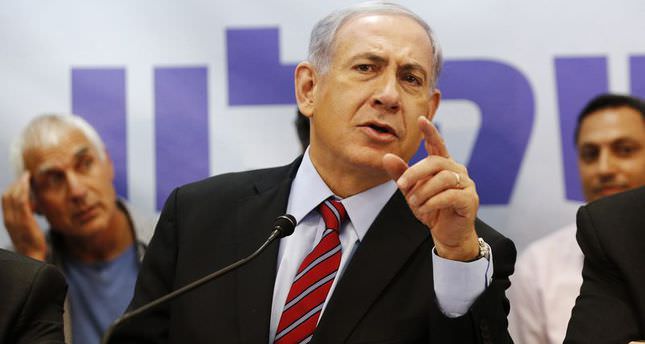 by AA Sep 02, 2014 12:00 am
Israeli Prime Minister Benjamin Netanyahu does not plan to send negotiators to Egyptian capital Cairo to discuss a permanent cease-fire in the Gaza Strip in the light of a cease-fire deal that was hammered out with the Palestinians on August 26, an Israeli channel has said.

Netanyahu said during a closed meeting that he would not send the negotiators to Cairo to resume permanent cease-fire talks with the Palestinians, a Channel 2 analyst said late on Monday.

He said the Israeli premier talked during the meeting about a defeat he would inflict on Palestinian faction Hamas by not succumbing to any of the demands it made during the indirect cease-fire negotiations earlier.

Channel 2 said, however, that Netanyahu did not mention all realities as far as what it called the "concessions" he offered the Palestinians, especially when it comes to the reopening of border crossings and fishing off the coast of Gaza, are concerned.

Israel's just-ended 51-day offensive against the Gaza Strip left some 2,147 Gazans dead and 11,000 injured-the vast majority of them civilians-while partially or completely destroying thousands of residential structures across the territory.

The offensive, initially launched with the stated aim of ending rocket fire from Gaza, finally ended with the announcement on August 26 of an open-ended cease-fire.

According to Israeli figures, 67 Israeli soldiers and five civilians were killed over the course of the operation-the highest military death toll suffered by the self-proclaimed Jewish state since it lost 119 troops in its 2006 war on Lebanon.