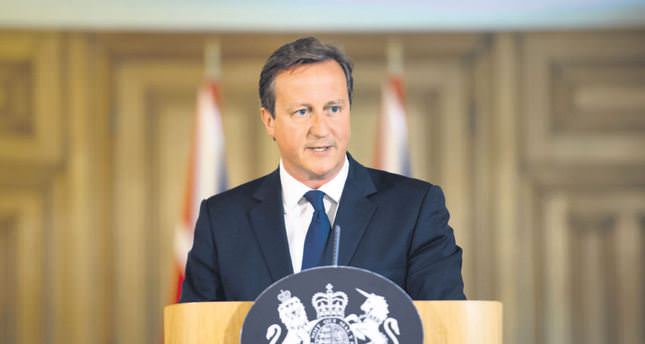 Human Rights Watch revealed that a new mass execution was carried out by ISIS militants in Tikrit while David Cameron said the U.K. will not be cowed by the group's threats over executing a British citizen

Human Rights Watch, a nonprofit and nongovernmental human rights organization, recently revealed that Islamic State of Iraq and al-Sham (ISIS) militants executed masses of people in Tikrit after seizing the city on June 11.Information from a survivor and analysis of videos and satellite imagery has confirmed the existence of three more mass execution sites, bringing the total to five, and the number of dead to between 560 and 770 men. The executed people are believed to be Iraqi soldiers who were trying to flee from the city.

"Another piece of this gruesome puzzle has come into place, with many more executions now confirmed. The barbarity of the Islamic State violates the law and grossly offends the conscience," said Peter Bouckaert, emergencies director at Human Rights Watch.

The group previously identified two execution sites in Tikrit immediately after the militants entered the city. The findings suggest that ISIS killed between 160 and 190 men in at least two locations between June 11 and 14. The number of victims may well be much higher, but the difficulty of locating bodies and accessing the area has prevented a full investigation, Human Rights Watch said. After analyzing a recently released ISIS video of the execution of detainees and satellite imagery, Human Rights Watch has identified three new execution sites from that period, with an additional death toll of between 285 and 440. The locations of two of the sites have been precisely identified based on the imagery and witness evidence, while the location of the third site remains approximately based on the account of a survivor.

Meanwhile, ISIS executed a second American journalist Steven Sotloff two days ago after beheading James Foley two weeks ago. The group is now threatening the U.K. by planning to execute a British journalist held captive in an unknown place. David Haines, who was identified in a video showing the beheading of a second American journalist, Steven Sotloff, has been held captive for the last 17 months. The 44-year-old father-of-two was reportedly born in Yorkshire but grew up in Scotland. He was known for his aid activities in the Balkans.

U.K. Prime Minister David Cameron said that although he has tremendous sympathy for those whose relatives are being held by "terrorists," the country will not pay a ransom for those being held by ISIS. "I know that this is difficult for families when they are the victims of these terrorists,"
David Cameron acknowledged to BBC news Thursday, but "we won't pay ransoms to terrorists who kidnap our citizens." He said that since becoming premier, he had authorized a number of hostage rescues in different parts of the world - Britain's foreign secretary admitted Wednesday that a previous rescue attempt for the British journalist had taken place but failed. "We should pursue our national interests," he said. "The most important thing to consider is that we mustn't see this as something where you have a Western intervention over the heads of neighboring states and leaving others to pick up the pieces," Cameron said.