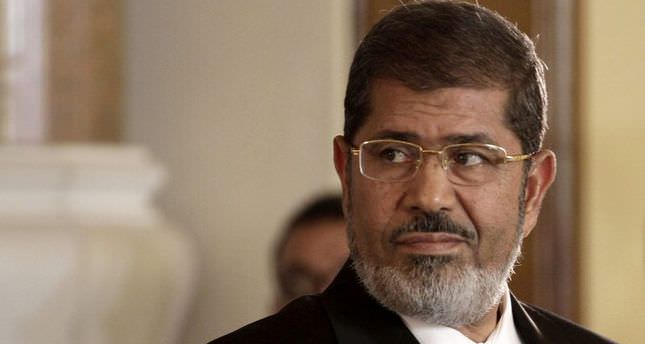 by AA Sep 05, 2014 12:00 am
Egyptian courts slapped death sentences on 20 supporters of ousted president Mohamed Morsi as well as jail terms totaling 2,595 years of imprisonment on 161 others in August alone on multiple charges, a report by an Egyptian rights watchdog said.

Three of those convicted were women who were handed life sentence (25 years) each, the Egyptian Observatory of Rights and Freedoms said in its report. They were found guilty of possessing illegal arms, resisting authorities and joining a terrorist group.

Around 87 others were cleared of multiple charges while a death sentence against a 17-year-old boy was cancelled, it added.

Morsi, who won Egypt's first free presidential election in 2012, was ousted by the military in July of last year following protests against his single year in office.

Former army chief Abdel-Fattah al-Sisi, widely seen as the architect of Morsi's ouster and subsequent imprisonment, was declared winner of a presidential poll held in May.

Since Morsi's ouster last year, Egypt's military-backed authorities have waged a relentless crackdown on his supporters-and on other political dissidents-in which hundreds have been killed and thousands thrown behind bars.

The Egyptian government has blamed Morsi's Muslim Brotherhood for a series of deadly attacks on security personnel since Morsi's ouster-allegations the group denies.