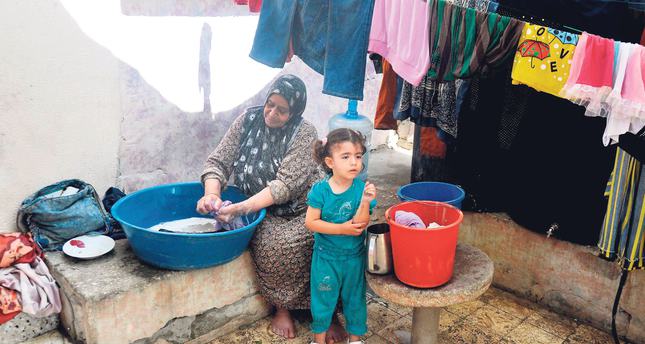 Israel's insistence on not easing the blockade on Gaza 10 days after the truce agreement has had a devastating impact on humanitarian conditions in the strip. The ceasefire deal includes opening all border crossings between Israel and Gaza to allow humanitarian aid and construction materials into the strip. However, Israel has yet to ease the blockade for essential international aid for medicine supplementation and reconstruction of Gaza. According to the ceasefire signed in Cairo, the restrictions should be eased, but no construction materials have yet been allowed in through Gaza's border crossings with Israel.

Deputy Minister of Health in Gaza Yousef Abu'r Riysh stated in a press conference that the medical stocks of the ministry have run out and hospitals in Gaza need medical supplies. "Even before the Israeli offensive, ministry stores were almost empty, and Gaza's healthcare sector was suffering because of the blockade. During the attacks, even the most basic medicines were lacking. We have tried to treat the injured under these conditions," said the minister.

Riysh emphasized Israel should end the blockade as soon as possible.During the 50-day-long Israeli offensive, Gaza's infrastructure was largely damaged.A lack of fuel and the bombing of the strip's only power plant led to an electricity crisis in the city. Palestinian authorities said the energy sector needs $250 million (TL 520 million) after the destruction of the plant. "The attack on Gaza this time had no precedent, Gaza has been hit with a catastrophe and it needs immediate help because many things can't wait long," said Mohammed Shtayyeh, who leads the Palestinian Economic Council for Development and Reconstruction. Shtayyeh stated in a press conference Thursday that $5 billion was needed to repair material damage caused by Israel's weeks-long offensive on the Gaza Strip, while another $2.8 billion was needed for development projects in the embattled coastal enclave. He added that the reconstruction process would take five years if the years long Israeli blockade on the Gaza Strip were lifted, which would ease the movement of personnel and commodities.

The PA's assessment also found that Gaza's education sector would need around $143 million. About half a million children have been unable to return to their schools due to damage or because the buildings are being used to house refugees.

During the war over 106,000 of Gaza's 1.8 million residents have been displaced to U.N. shelters and host families, the U.N. said. The cost of rebuilding 17,000 Gazan homes razed by Israeli bombings would be $2.5 billion according to Palestinian authorities.
Shtayyeh stated in the press conference that Palestinian losses following Israel's offensive had resulted in direct and indirect economic losses worth nearly $3 billion.

Economic losses have raised the unemployment level in the blockaded coastal territory to 55 percent, Gaza's workers union said Thursday. The offensive caused 30,000 Gazans to lose their jobs at over 500 shops, factories and company offices that were destroyed by relentless Israeli bombardments, according to the union. It is stated that Israel's onslaught has exacerbated Gaza's unemployment problem, which was initially caused by a seven-year-long Israeli blockade of the territory that has left 170,000 Gazans jobless. "These 200,000 unemployed Gazans support some 900,000 people [in Gaza]," the union asserted.

During the Israeli onslaught, the Palestinian death toll hit 2,149 with 11,000 injured while partially or completely destroying thousands of residential structures across the territory