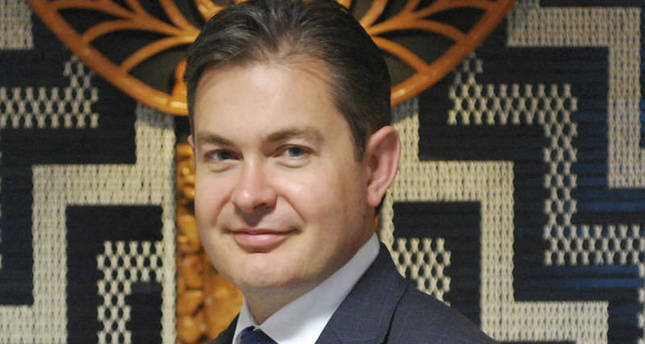 New Zealand's new ambassador to Turkey, Jonathan Curr, whose new posting also makes him nonresident ambassador to Israel and the PA, was surprised to be told by Israel's Foreign Ministry that he could not serve as ambassador to the self-proclaimed Jewish state unless his "dual credentials" were canceled, the paper reported quoting unnamed sources.

New Zealand does not maintain an embassy in Israel. Its relations with Israel are handled by its embassy in Ankara.

Curr had been scheduled to visit Israel this week to present his credentials to the president before heading to Ramallah to present a "letter of introduction" to PA President Mahmoud Abbas.

Haaretz, however, reported that Israeli officials had informed Curr that the dual credentials would violate diplomatic protocol and Israeli regulations forbidding foreign ambassador from being accredited with both Israel and the PA.

The move surprised Curr, the paper said, since his two predecessors had been accredited with both Israel and the PA without protest by the former.

A Western diplomat close to the issue said the New Zealand government, which is widely regarded as very pro-Israel, had felt insulted by the move.

"Israel has scored a marvelous own-goal," the diplomat told Haaretz.