US seeks to rally Sunni countries' support against ISIS 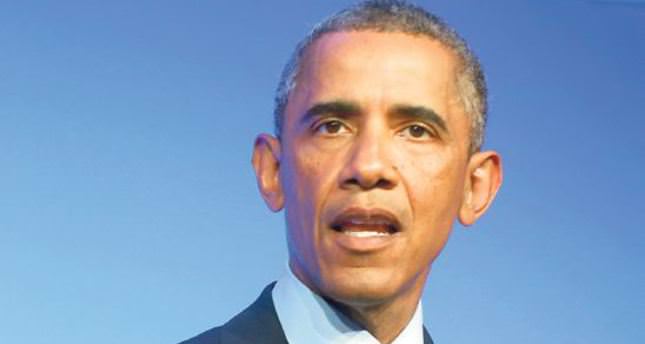 by Daily Sabah Sep 08, 2014 12:00 am
Following U.S. President Barack Obama's speech on NATO's response to Islamic State of Iraq and al-Sham (ISIS) militants on Friday, the U.S. president is expected to announce the outline of a coordinated military strategy while calling on Sunni countries including Turkey, Jordan, the UAE and Saudi Arabia to help crush the organization which controls large swathes of territories in Iraq and Syria. In response to criticism, most of it from Republicans who claim he lacks a clear strategy to confront the militants, President Obama will lay out the administration's strategic plans over the problem of ISIS on the eve of the 13th anniversary of the 9/11, terrorist attacks. "I am preparing the country to make sure that we deal with the threat from [ISIS]," President Obama said in an exclusive interview with NBC news channel. "We are going to systematically degrade their capabilities.
We're going to shrink the territory that they control. And ultimately we're going to defeat them," he added.

Obama also stressed that there would not be any U.S. ground incursion into Iraqi territories. "This is not the equivalent of the Iraq war. [This] is similar to the kinds of counterterrorism campaigns that we've been engaging in consistently over the last five, six, seven years," he noted.
Meanwhile, the U.S. conducted airstrikes Sunday on militants in an effort to help Iraqi forces protecting the Haditha Dam in the northern Iraqi province of Anbar.After Obama's authorization, the U.S. military forces have conducted a total of 143 airstrikes across Iraq in order to protect
U.S. facilities in Iraq.