Montezemolo to leave Ferrari next month 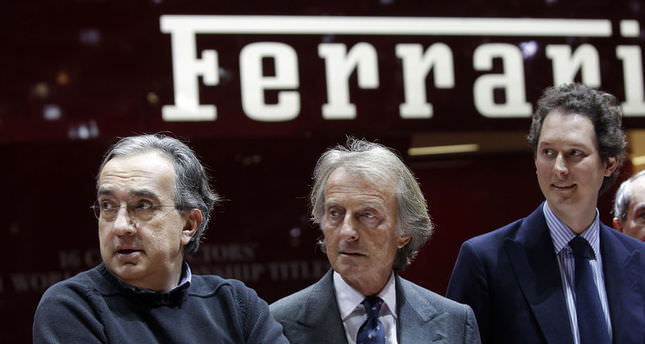 by Associated Press Sep 10, 2014 12:00 am
Ferrari president Luca Di Montezemolo will leave the company next month amid a disappointing season by the flagship Formula One team and before an imminent stock listing of merged parent company Fiat-Chrysler.

Montezemolo will depart on October 13 following Ferrari's 60th anniversary celebration of sales in the United States, a statement from Fiat-Chrysler said on Wednesday.

Fiat-Chrysler CEO Sergio Marchionne will also take on the Ferrari job in the immediate term.

While Ferrari is healthy economically, the F1 team has struggled in recent years and was a long way off the leaders at last weekend's home Italian Grand Prix, where there was a public spat over the team's performance.

At the time, Montezemolo insisted he would stay on in the job, but Marchionne said he was "terribly upset" by the F1 team's performance, which he deemed "unacceptable."

The most successful team in F1 history, Ferrari has not won a constructors title since 2008 and this season has gone from bad to worse, with drivers Fernando Alonso and Raikkonen failing to win a single race.

"Our mutual desire to see Ferrari achieve its true potential on the track has led to misunderstandings which became clearly visible over the last weekend," Marchionne said in a statement Wednesday.

Montezemolo's departure is slated for three days before the new merged Fiat-Chrysler company is listed on the New York Stock Exchange.

"Ferrari will have an important role to play within the FCA group in the upcoming (listing) on Wall Street," Montezemolo said. "This will open up a new and different phase which I feel should be spearheaded by the CEO of the group.

Montezemolo joined Ferrari four decades ago after founding father Enzo Ferrari brought him in as his assistant. After a brief period away from the company, he returned as president in 1991 and over the past 23 years the F1 team has won 14 titles eight constructors' championships and six drivers' titles (five won by Michael Schumacher and one by Kimi Raikkonen).

The team's struggles had already claimed a major scalp this season, with the removal of Stefano Domenicali as team principal in April.

Matters came to a head at the weekend's race at Monza, when Alonso retired due to a rare mechanical problem and teammate Raikkonen struggled into a distant and uncompetitive ninth.

A former chairman of Fiat, Montezemolo is also a member of the company's board of directors. But not for long.

At Fiat's last shareholder's meeting, it emerged that Montezemolo will be left off the board of the merged company. Current chairman John Elkann said the move was made to reflect the international composition of the new automaker.

Montezemolo stepped down as Fiat chairman in 2010, handing the reins to Elkann, an heir of the Agnelli family which controls 30 percent of Fiat.

"Luca and I were appointed to the Fiat board of directors on the very same day back in 2003," Marchionne said. "One year later, he became chairman and I became CEO. We worked side by side, sharing concerns, difficulties and successes.

"As Chairman of Ferrari, he drove the company to a new level of technological and organizational excellence which also brought with it outstanding financial results," Marchionne added. "I want to thank Luca for all he has done for Fiat, for Ferrari and for me personally."