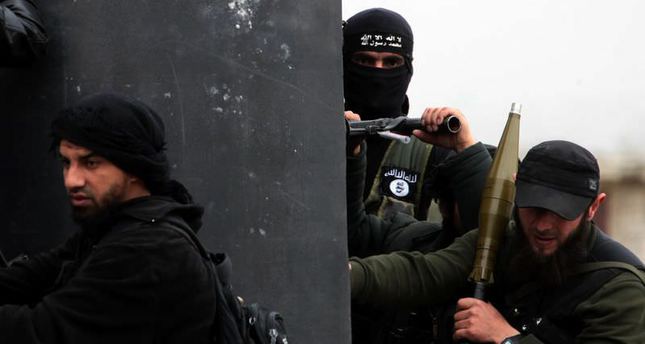 by Daily Sabah Sep 12, 2014 12:00 am
A CIA spokesman reported that a new intelligence assessment estimates that the Islamic State of Iraq and al-Sham (ISIS) can muster between 20,000 and 31,500 fighters across Iraq and Syria, up from a previous figure of 10,000. In Syria, the group has around 15,000 fighters including 2,000 Westerners, according to a U.S. intelligence official who spoke to AFP news agency on Thursday.

"The CIA assesses that the Islamic State of Iraq and al-Sham can muster between 20,000 and 31,500 fighters across Iraq and Syria, based on a new review of all-source intelligence reports from May to August," CIA spokesman Ryan Trapani said in a statement.

"This new total reflects an increase in members because of stronger recruitment since June following battlefield successes and the declaration of a caliphate, greater battlefield activity and additional intelligence," he said.

The figures were revealed just one day after President Barack Obama pledged to expand an offensive against ISIS, a plan which authorizes new air strikes against the group in Syria, expanded attacks in Iraq and new support for Iraqi government forces.

ISIS has taken control of large parts of Iraq and Syria. The group's brutal campaign has included the beheading of rivals and the killing of hundreds of members of Iraq's minorities.

In recent weeks, the ISIS has released videos depicting the beheading of two American journalists in Syria.