US focus on ISIS raises Israel's fears about Iran 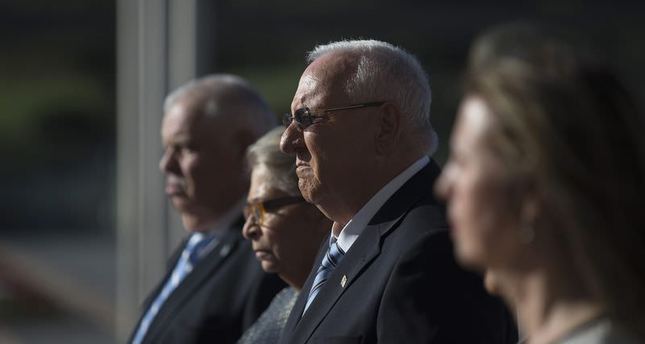 An Israeli cabinet minister purportedly told the newspaper that Israeli officials were worried that the U.S. would reduce pressure on Iran at upcoming talks.

Washington's recent focus on fighting the self-proclaimed Islamic State of Iraq and al-Sham (ISIS) militant group has raised fears in Israel that the West's attention has shifted away from Iran's nuclear program, Israeli daily Yedioth Ahronoth has reported.

An Israeli cabinet minister purportedly told the newspaper that Israeli officials were worried that the U.S. would reduce pressure on Iran at upcoming talks between Iran and six western powers aimed at reaching a permanent deal by November on Iran's nuclear program.

"We are actually concerned about that possibility," the minister, who was quoted anonymously, said.

The same report went on state that other Israeli political sources had said that the U.S. had "attempted to alleviate Jerusalem's concerns in recent months, promising that their policy towards Iran would not change."

The same sources, however, reportedly added: "Jerusalem is not convinced, especially given that, only this week, [U.S. President Barack] Obama cited the ISIS as the biggest threat to the Middle East – not Iran."

On Thursday, U.S. Secretary of State John Kerry met in Saudi Arabia with representatives of ten Arab countries who agreed to join an international, U.S.-led coalition to combat the ISIS, which recently captured large swathes of Iraq and Syria.

Along with the U.S., states that signed onto the agreement included the six countries of the Gulf Cooperation Council, Egypt, Jordan, Iraq and Lebanon.

Talks between Iran and the six powers (the five permanent members of the U.N. Security Council plus Germany) are slated to take place in New York on September 16.

Initial talks had led to an interim deal that called for scaling back Tehran's nuclear activities in exchange for easing the economic sanctions that have taken a toll on the country's economy.

The talks in New York, which are aimed at reaching a comprehensive agreement, are scheduled to continue until November.

On Friday, the U.S. slapped fresh sanctions on over 25 companies and individuals for allegedly aiding Iran's nuclear program and circumventing international measures aimed at curbing it.