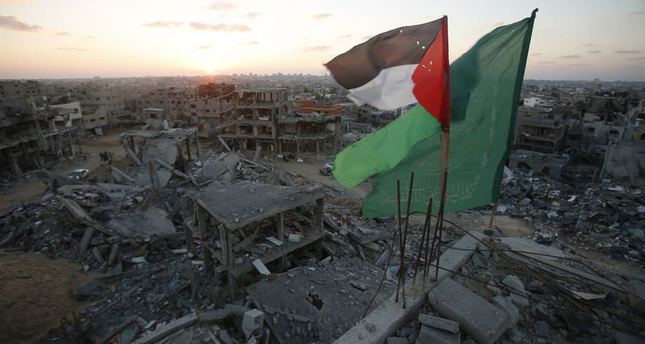 by Anadolu Agency Sep 16, 2014 12:00 am
The United Nations has brokered an Israeli-Palestinian deal on imports of construction materials to Gaza to ensure they will not be diverted by Hamas resistance group, a U.N. envoy said Tuesday.

The agreement on monitoring the supply of materials "must get up and running without delay," said Robert Serry, the U.N. envoy for the Middle East.

Israel has banned the entry of construction materials and other necessities into the Gaza Strip since Palestinian resistance faction Hamas swept Palestinian legislative elections in 2006.

The following year, the self-proclaimed Jewish state imposed an all-out blockade-by air, land and sea-on the coastal territory, playing havoc with the lives of the strip's roughly 1.9 million inhabitants.

More than 2,150 Palestinians were killed-and more than 11,000 injured-during Israel's recent war on the Gaza Strip.

Israeli attacks also totally destroyed 9,000 Gaza homes, while 8,000 others were partially destroyed, according to the Palestinian Housing Ministry.

Palestinian and Israeli negotiators signed a temporary cease-fire deal in Cairo on August 26. Both sides will soon return to the Egyptian capital to hammer out a permanent truce agreement.