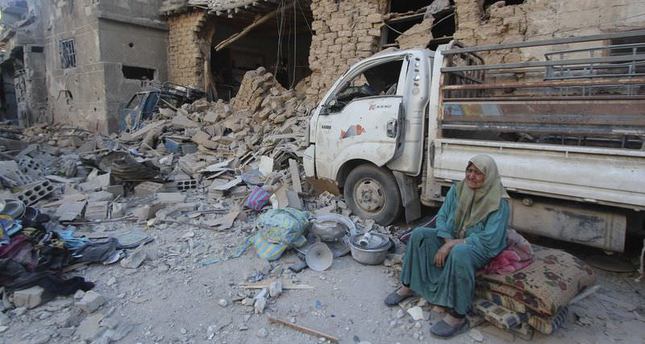 by AA Sep 17, 2014 12:00 am
At least 93 people were killed and many more wounded in air strikes across the country on Tuesday by forces loyal to President Bashar al-Assad, opposition activists claimed.

The London-based Syrian Network for Human Rights, which tracks civilian and opposition casualties, said the regime's air and land operations killed 26 in Homs, 18 in the suburbs of capital Damascus, 14 in Aleppo, 11 in Raqqa, 10 in Idlib, four each in Hama and Quneytra, three in Deir ez-Zor, two in Hasakah and one in Daraa.

According to the human rights watch group, army fighter jets dropped barrel bombs on areas in the city of Douma.

Syria has been gripped by civil war since March, 2011. Last month, the Syrian Network for Human Rights reported that more than 133 thousand people had been killed in regime attacks. A recent UN report has said more than 191,000 people are believed to have been killed in the country.