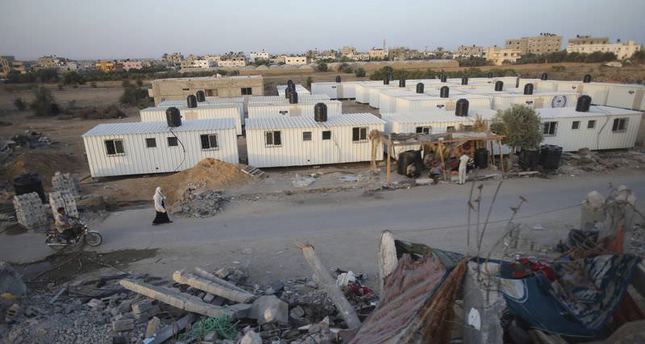 by AA Sep 18, 2014 12:00 am
A leader of the Palestinian faction Hamas on Thursday said that Egyptian mediators had not notified his movement yet about a date for resuming indirect talks with Israel on a permanent cease-fire in the Gaza Strip.

Salah al-Bardawil told Anadolu Agency that Hamas is waiting for Egyptians to announce the date for resuming talks to consolidate a temporary cease-fire deal that was signed in Cairo last month.

"The talks should start in September," al-Bardawil told AA on phone.

The Palestinians and Israel reached a cease-fire deal in Cairo on August 26, bringing to an end an intensive 51-day Israeli military campaign against the Gaza Strip.

Around 2,150 Gazans were killed by Israeli attacks during the offensive, while more than 11,000 others injured.

Over the course of the offensive, at least 72 Israelis-69 soldiers and five civilians-have been killed, according to Israeli figures.