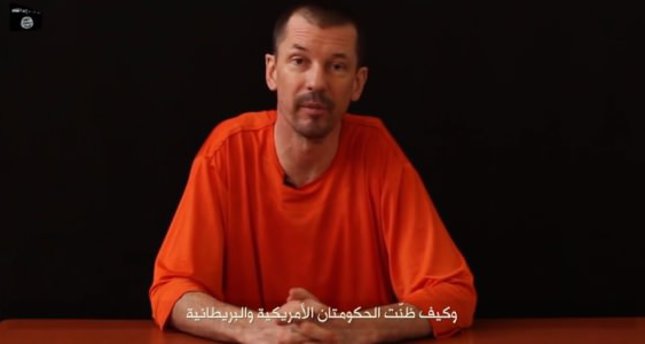 by Sep 18, 2014 12:00 am
The ISIS group released a video Thursday of a British freelance photojournalist, John Cantlie, in which he says he is being held captive.

In the video posted on YouTube, Cantlie, wearing an orange jumpsuit, speaks directly to the camera in the style of a news report and promises to reveal the "truth" about the militant group that has seized parts of Iraq and Syria.