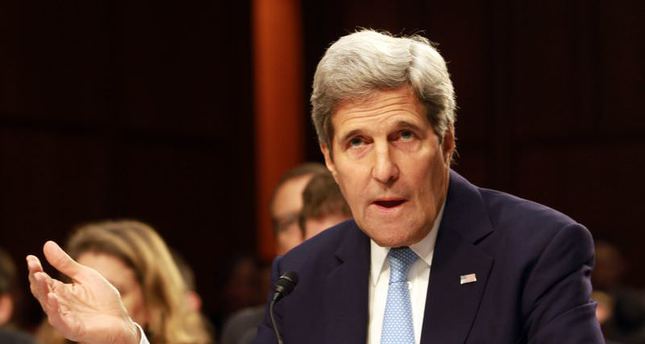 by Sep 18, 2014 12:00 am
US Secretary of State John Kerry on Thursday accused Syrian Bashar al-Assad of breaking the terms of a global pact on chemical weapons by unleashing chlorine gas this year.

Despite having promised to hand over all of Syria's chemical arms to be destroyed, "we believe there is evidence of Assad's use of chlorine," which is banned from being used as a weapon, Kerry told US lawmakers, adding "So he's in violation of" the Chemical Weapons Convention."