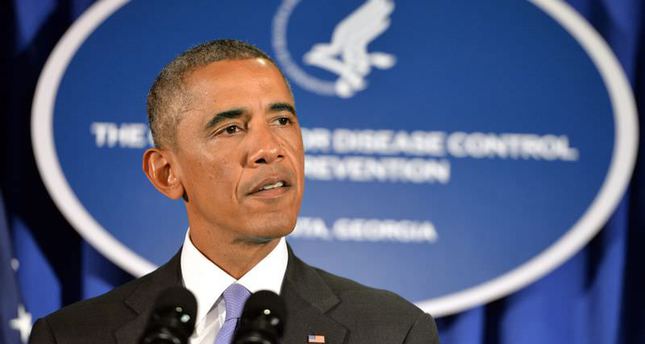 by Sep 18, 2014 12:00 am
US lawmakers voted Wednesday to authorize training and arming of vetted Syrian rebels to combat ISIS, a crucial step in President Barack Obama's bid to thwart extremism surging across Iraq and Syria.

Despite misgivings by war-weary Democrats that the move could open the door to full-blown American military intervention in the Middle East, and concern by conservatives that the plan falls short of what is needed to defeat ISIS, the House of Representatives voted 273 to 156 to approve Obama's train-and-equip plan.

The measure was included as an amendment to a stop-gap federal spending measure which also easily passed the House. The overall bill now shifts to the Senate, where leaders are confident it will pass Thursday and head to the president for his signature.

Obama has pressed Congress to provide him political cover to initiate military action in Syria against ISIS, although the White House and many lawmakers believe he has the constitutional authority to launch air strikes in Syria, as he has done in Iraq, to protect US national security interests.

House Speaker John Boehner hailed the vote as "an important, initial step forward in taking on the ISIS."

The measure was crafted by House Armed Services Committee chairman Buck McKeon, who was among many Republicans who feel Obama's plan does not do enough to meet the goal of degrading and destroying ISIS, which has overrun large areas of Iraq and Syria.

But with Democrats largely split on the issue, the party's House number two Steny Hoyer took to the floor to rally Congress to back the commander-in-chief in a time of crisis.

"We are united in our resolve to meet this threat. We clearly may have differences on this House floor, but we are Americans when it comes to defending our people, and our country," Hoyer said.

"We know empirically the cost of doing nothing is far too great."

With the amendment attached to a temporary spending bill that expires December 11, lawmakers are gearing up for a broader debate -- after congressional midterm elections November 4 -- on whether to approve a new authorization for the use of military force to give Obama powers to prosecute a wider war against the militants in Iraq and Syria.

McKeon's amendment puts important checks on Obama's power, including a prohibition against sending US combat troops to Syria and requirements that the administration keep Congress in the loop with regular reporting about the mission.