US targets ISIS training camp in Iraq for first time 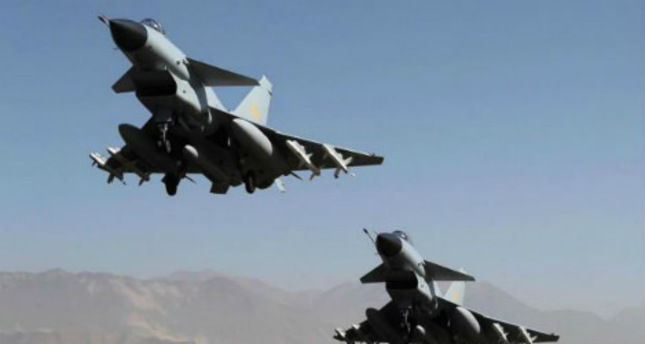 by Sep 18, 2014 12:00 am
U.S. aircraft have targeted a training camp for ISIS militants in northern Iraq, bombing buildings, troops and vehicles in the first such air strike, military officers said Thursday.

"In total, one air strike near an ISIS training camp southeast of Mosul destroyed an ISIL armed vehicle, two ISIS-occupied buildings and a large ISIS ground unit," the U.S. Central Command, which oversees American forces in the Middle East, said in a statement.

It was the first time U.S. aircraft had targeted a training camp since the air campaign began on August 8, a U.S. military officer, who spoke on condition of anonymity, told AFP.

The air strikes, which involved both bombers and fighter jets, took place over the past 24 hours and "all aircraft exited the strike areas safely," it said.

U.S. warplanes have conducted 176 air strikes against the militants since August 8, mostly in northern Iraq.

President Barack Obama has vowed a relentless campaign against the ISIS group, which has seized a large swath of territory in Syria and Iraq.