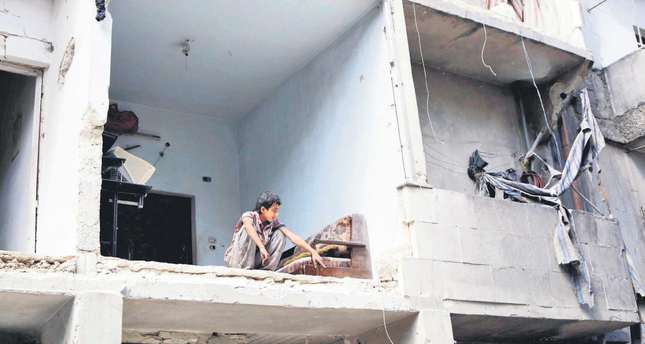 Millions of conflict-affected Syrian children suffer from disrupted health services and unsanitary living conditions, and at least 34 Syrian children living in eight towns in the Idlib province in northwest Syria died after being injected with measles vaccines as part of a measles vaccination campaign coordinated by the United Nations Children's Fund (UNICEF) and the World Health Organization. Many other vaccinated children from eight towns in the Idlib province have remained in intensive care, as the authorities expect a rise in the children's death toll.

With children constituting more than 50 percent of Syrian refugees, children are clearly the most vulnerable victims of the ongoing war. The Syrian opposition controls Idlib province and holds Syrian President Bashar al-Assad responsible for the contaminated measles vaccines. Opposition Health Minister Adnan Hazouri stated that the vaccination campaign was sabotaged by groups linked to the Assad regime in order to weaken the opposition's power and spread chaos.

He also denied allegations of negligence by the opposition health ministry. A total of 60,000 schoolchildren in 30 locations have been vaccinated from the same batch in recent days, opposition officials asserted. Idlib province has been under control of the Syrian opposition after a fierce military campaign against Bashar al-Assad's regime and radical Islamic State of Iraq and al-Sham (ISIS) militants.

UNICEF and the WTO said they had "deep concerns" about the reported deaths of Syrian children, while announcing the suspension of the measles vaccination campaign. "These deaths reportedly occurred in a location where a measles vaccination campaign was taking place. As a precautionary measure, we understand that the local health authorities have suspended the campaign in the district pending an investigation," UNICEF spokesperson Christophe Boulierac told Anadolu Agency (AA) on Tuesday. "Protection against measles is especially important for children who have been displaced from their homes and communities and who are living in camps or other insanitary conditions," he added, while stressing the importance of the investigation for a "clarification of the facts." Blood samples have been sent to Turkey for testing in order to clarify the situation. Two assumptions have been made: Either the opposition failed to stock the vaccines properly or saboteurs contaminated the vaccines.

A mass measles vaccination campaign for conflict-affected Syrian children has been monitored by UNICEF to contain measles outbreaks in the region and prevent the risk of measles spreading to the neighboring countries.

Due to the ongoing violent conflict in Syria, regular health services have been shut down and internal displacement has forced many children to live under unsanitary, overcrowded conditions either inside of the country or refugee camps in neighboring countries.

Such conditions make them susceptible to killer diseases, as they have not been able to receive routine immunization. UNICEF launched a campaign in order to raise awareness of the importance of vaccinating children by targeting 2.4 million Syrian children with vaccines against killer diseases. Multiple immunization campaigns have taken place inside Syria and across the region due in part to the increasing number of Syrian refugees who have fled into neighboring Jordan, Lebanon, Iraq, Turkey and Egypt.

The monthly humanitarian situation report on Syria released on Aug. 15 said that 5,090,000 children were in dire need of help in Syria. A total of 1,518,749 Syrian children have registered as refugees or are waiting to receive refugee status. The deteriorating situation in Syria has led many Syrians to flee from the war. Amid reports of increasing bitterness of the situation in Syria, a record three million Syrians have fled the country, and a significant number of Syrians have been residing both inside and outside the camps in Turkey, the second neighboring country with the highest concentrations after Lebanon with 1.14 million.
Last Update: Sep 18, 2014 10:35 am
RELATED TOPICS