Kurds head to Syria from Turkey to fight militants 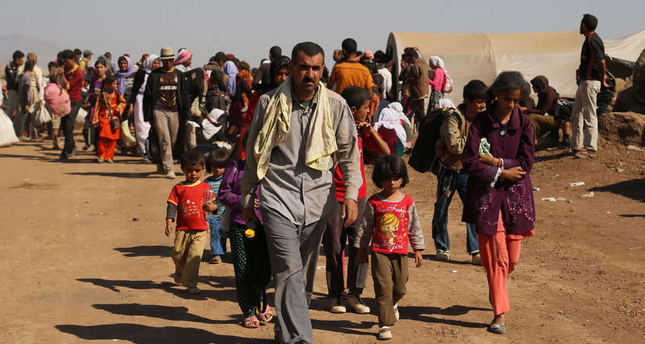 by Associated Press Sep 20, 2014 12:00 am
Activists say hundreds of Kurdish fighters are crossing into Syria from Turkey to defend a Kurdish area under attack by pro-claimed Islamic State of Iraq and al- Sham (ISIS)militants.

The Britain-based Syrian Observatory for Human Rights and local Kurdish official Nawaf Khalil said Saturday that the fighters were streaming into the Kobani area in northern Syria.

Fighters from ISIS have been barreling through the Kobani area over the past week, seizing villages and forcing thousands of Syrian Kurds to flee.

Syrian Kurdish fighters had been successfully fighting off the militants for the past two years, but the tide has changed recently, leading them to call for Western aid.