ISIS militants continue to advance in Syria, closes in on Syrian Kurdish town 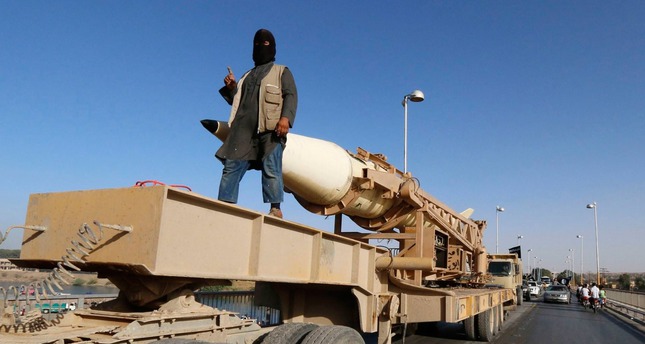 by Sep 21, 2014 12:00 am
Radical Islamic State of Iraq and al-Sham (ISIS) militants' unstoppable advance has been continuing as they are closing in on Syria's third-largest Kurdish town on Sunday. Kurdish fighters in the area are battling to hold off ISIS advance on the strategic border town of Ain al-Arab, known as Kobane by the Kurds. The militants have been advancing on Ain al-Arab since late Tuesday, hoping to seize it and cement their control over a large part of Syria's northern border with Turkey.

On Sunday, ISIS militants were within just 10 kilometers (six miles) of Ain al-Arab, the Syrian Observatory for Human Rights, a Britain- based monitoring group, said. Kurdish militias have lost 27 fighters, the Observatory said, while ISIS has lost at least 37 of its militants.

The militants have captured more than 60 villages around Ain al-Arab over the past five days. "ISIS came to our village and threatened everyone. They bombed our village and destroyed all the houses. They beheaded those who chose to stay," Mohammed Isa, 43, told AFP after fleeing across the border with his family of seven. Mustefa Ebdi, a Kobane resident and local journalist, said the streets of the town, home to about 50,000 people were virtually empty. "Most of the women and children have left Kobane, but there are thousands of Kurdish men who have taken up arms and are ready to defend the city," he told AFP by telephone, adding that the fighters would have a hard time matching the heavy weapons of ISIS militants.
The ISIS has seized large parts of Iraq and Syria, declaring a "caliphate", imposing its harsh interpretation of Islamic law and committing widespread atrocities including beheadings and crucifixions. Local officials have warned of potential massacres should ISIS extremists take control of further territory in Kurdish parts of Syria, and have pleaded for an international intervention.

Meanwhile, as ISIS have made significant gains over large swathes of territories both in Syria and Iraq, the United States has said it is prepared to carry out air strikes against ISIS in Syria, despite warnings from President Bashar al-Assad's regime against violating its airspace.

Washington has organized a "core coalition" of more than 40 countries to support its campaign against ISIS. US warplanes have so far launched 183 air strikes targeting militants' checkpoints and outposts across Iraq.