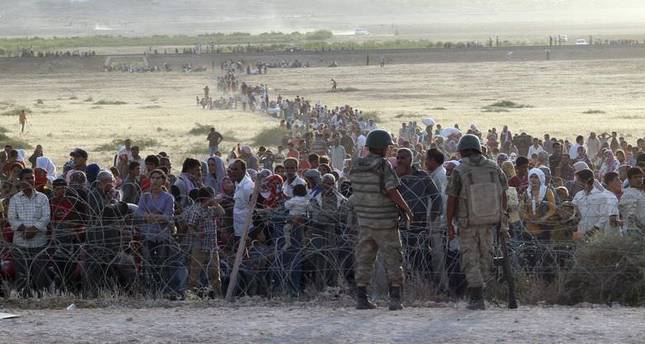 by Sep 21, 2014 12:00 am
As many as 70,000 Syrian Kurds have poured into Turkey since Friday fleeing an offensive by self-proclaimed Islamic State of Iraq and al-Sham (ISIS) militants in northeastern Syria, the UN's refugee agency said Sunday.

The UNHCR "is stepping up its response to help Turkey come to the aid of an estimated 70,000 Syrians crossing into Turkey", most in the past 24 hours, the agency said in a statement.

Blankets, sleeping mats and kitchen sets were being dispatched, with 20 truckloads of aid already supplied, it said.

The UN High Commissioner for Refugees, Antonio Guterres, praised Turkey for taking in the refugees. The country is building two camps with UNHCR help to shelter the Syrian Kurds.

"This massive influx shows how important it is to offer and preserve asylum space for Syrians as well as the need to mobilise international support to the neighbouring countries so generously hosting them," he said.