US to deliver 10 Apache helicopters to Egypt 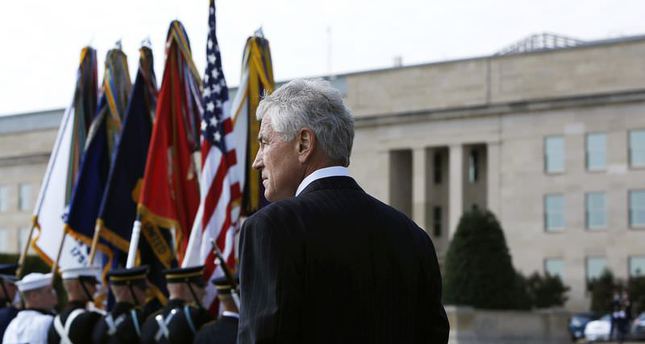 The U.S. originally announced in April that it had decided to lift its hold on the delivery of the attack helicopters to Egypt, imposed last year after the military's ouster of President Mohammed Morsi and an ensuing crackdown against protesters. On Saturday, Pentagon spokesman Kirby said Defense Secretary Hagel had confirmed to General Sobhy that Washington planned to deliver the helicopters, built by Boeing Co., but gave no date. Kirby said Hagel also thanked Egypt for its role in brokering a cease-fire to end the latest round of Gaza fighting between Hamas and Israel. The indirect talks between Israel and Palestine will be held by Egypt within this week in order to reach a longer-term arrangement between the two sides.

Egyptian President Abdel-Fattah el-Sissi headed to New York in order to attend the 69th session of the U.N. General Assembly. This will be his first trip to the U.S. Apart from the climate issue, the increasing militancy in the region and the establishment of democracy and a modern state apparatus in Egypt are expected to be the two core issues in the Egyptian president's speech. Yet, democracy in Egypt remains a crucial matter.

After the toppling of Egypt's first democratically elected president, Mohammed Morsi, Egypt's militarybacked authorities have waged a relentless crackdown on members of the Muslim Brotherhood, an Islamist organization which supports Morsi. After Morsi's ouster by the military, the brotherhood was declared a terrorist organization that has led the country into a state of chaos. After members of the Muslim Brotherhood were declared political targets, many brotherhood members have been arrested on charges of inciting violence and being members of a so-called "terrorist" group. The incumbent government of the former army General Abdel-Fattah el-Sissi, since he came to power, has tried to suppress political dissidents by ordering death sentences to Morsi's backers. Under President Sissi's rule, military trials for civilians have become commonplace after announcing all public protests illegal. This would indicate that Sissi shows little inclination toward compromising, even after the country has long been suffering from political instability and insecurity.

Meanwhile, a bomb blast killed two Egyptian policemen near the Egyptian Foreign Ministry in central Cairo on Sunday, a security official told AFP news agency. The Ministry of the Interior said in a recent statement that two lieutenant colonels were killed and several policemen were wounded in an attack at a police checkpoint.