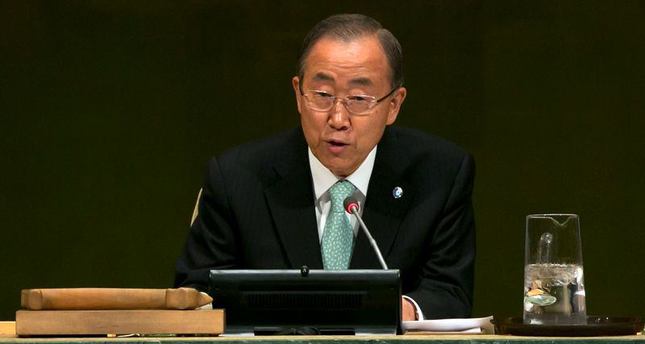 by Associated Press Sep 23, 2014 12:00 am
The United Nations secretary-general has welcomed airstrikes against militants in Syria which he says pose "an immediate threat to international peace and security."

In opening remarks at a climate summit press conference Tuesday, Ban urged world leaders gathered in New York "to come together decisively" in support of efforts to confront extremist groups.

The U.S. and five Arab nations carried out airstrikes against targets of the ISIS in Syria on Monday and early Tuesday for the first time, using land- and sea-based U.S. aircraft as well as Tomahawk cruise missiles launched from two Navy ships in the region.

Ban cautioned, however, that parties involved in the airstrikes must abide by international humanitarian law and take all precautions to avoid and minimize civilian casualties.