An abductor of French tourist identified 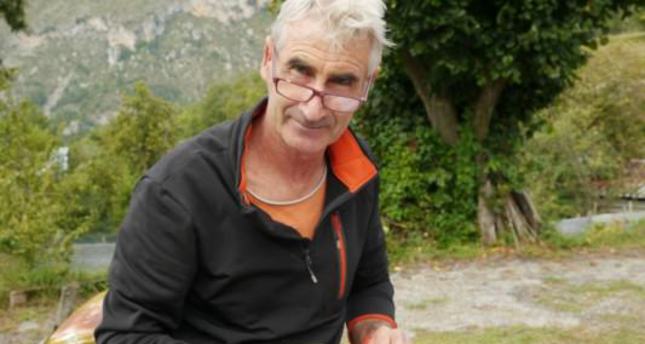 by Daily Sabah Sep 25, 2014 12:00 am
Algerian authorities have identified a Mauritanian militant as one of the abductors of a French national abducted Sunday in the northeastern region of Kabylie, a security source said on Tuesday. On Monday, the "Jund al-Khalifa" group, which declared its loyalty to the Islamic State of Iraq and al-Sham (ISIS) a few weeks ago, claimed responsibility for the abduction of the French individual and called on France to end its military campaign against ISIS. The group said the captive would be executed if the French government does not meet its demand.

The French captive appeared in a hostage video flanked by two masked men as he appealed to French President François Hollande to intervene to secure his release. Yet, French authorities said they would not change their policy against ISIS.

According to the Anadolu Agency (AA), the Algerian security source said the activist who speaks in the video was identified as Ismail Ould Makni, a 34-year-old man wanted by the Mauritanian Algerian authorities for allegedly joining al-Qaida in 2006. "The activist has been recognized through voiceprint technology the authorities used to scan the video posted by the militant group," the source told Anadolu Agency on condition of anonymity.

A few weeks ago, Jund al-Khilifa broke with al-Qaida in the Islamic Maghreb (AQIM), and pledged allegiance to ISIS, which has been controlling large parts of Iraq and Syria.