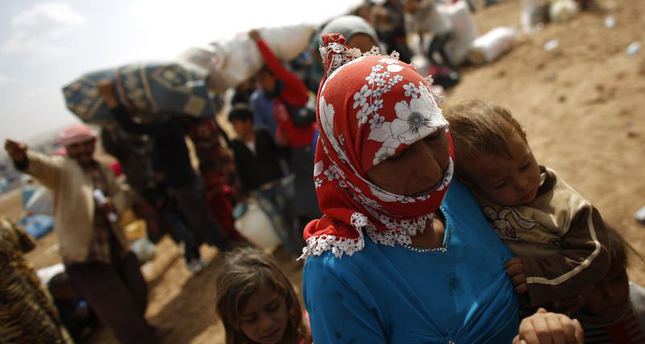 by AA Sep 27, 2014 12:00 am
ISIS has seized control of three villages situated in Syria's eastern Al Hasakah province, according to Syrian rebels.

The Syrian Revolution General Commission issued a statement on Saturday saying the ISIS (the self-proclaimed Islamic State of Iraq and al-Sham) militants took control of the villages as fighting continued around the Kurdish town of Kobane, known as Ayn al-Arab, near the Turkish border.

Fighters from the Free Syrian Army and Kurdish People's Protection Units, known as YPG, are defying assaults by the ISIS as the group tries to push its territorial control up to the border.

In Iraq, a senior Peshmerga officer denied claims that Kurdish fighters had crossed from Iraq to Syria to assist in the battle for Kobane.

"Peshmerga can only cross to Kobane via Turkey as the other provinces are controlled by ISIS militants," Major-General Jabbar Yawar said.

ISIS's advance on the Kurdish town of Kobane has forced more than 160,000 Syrian Kurds to cross the border into Turkey over the past week.