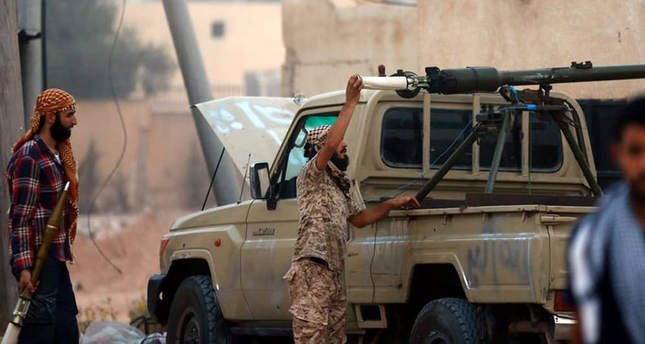 by Anadolu Agency Sep 28, 2014 12:00 am
457 Turkish workers reported trapped amid armed clashes for the last five days at the airport of Ghat, located in Fezzan region of Southwestern Libya.

It was reported on Sunday that the workers are facing food and water shortages, and their money, passports and cellphones were seized by armed militants.

Some workers were able to communicate with their families in Turkey through text messages.

The violence between rival factions and tribes has increased in Libya for the last couple of weeks.