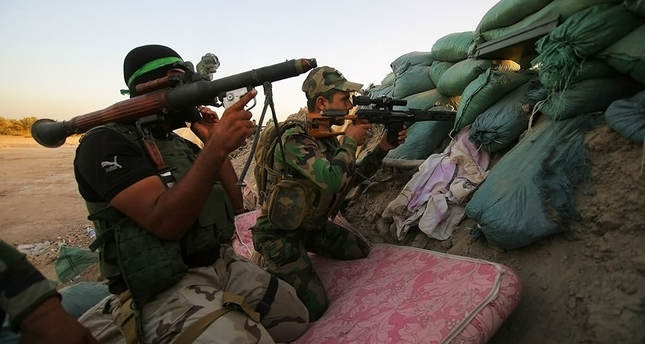 by Daily Sabah Sep 29, 2014 12:00 am
ISIS has allegedly killed up to 1,000 Iraqi soldiers and Shia militants on Sunday, U.K. broadcasting agency BBC and the daily Telegraph said. The group is said to be only 2 km away from the capital city Baghdad, the relevant agencies reported.

The government forces are allegedly trying to hold off the ISIS militants, but the group has seized a number of towns and villages close the Iraqi capital, the agencies claimed.

The U.S. and coalition partners have been bombarding the ISIS bases in Syria and Iraq to end the human tragedy in the region, whereas Turkish President Erdoğan called for a more comprehensive strategy during last week's U.N. summit in New York, stressing that airstrikes against ISIS cannot yield effective results by themselves.