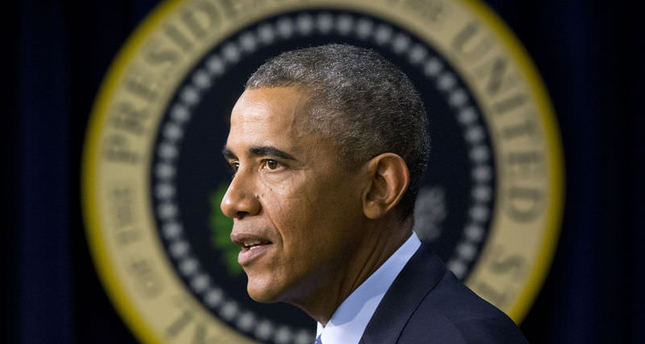 by Oct 01, 2014 12:00 am
US President Barack Obama told Prime Minister Benjamin Netanyahu on Wednesday of Washington's deep concerns over an Israeli plan to build 2,600 new settler homes in east Jerusalem.

"The United States is deeply concerned by reports the Israeli government has moved forward" with planning for settlements in a "sensitive area" of east Jerusalem, Earnest said.

Earnest warned that the project could distance Israel from its "closest" allies and that Israel would send a "very troubling message" by following through with it.

Earlier, a watchdog group said Israel is to press ahead with the construction of 2,610 settler homes in annexed east Jerusalem.

The housing units, which have been slated for construction since 2012 in the neighborhood of Givat Hamatos, were given final approval last week, Peace Now said in a statement.

Hagit Ofran, spokeswoman for the Israeli non-governmental group, told AFP the government could now publish tenders for the project, but that it would be months before building actually began.