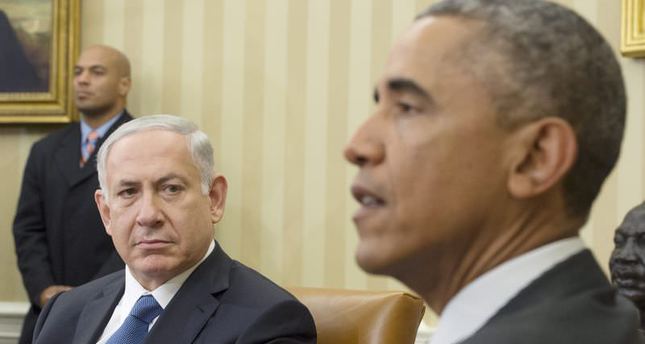 Prior to their private meeting, Obama told reporters that new ways must be found to change the status quo in Israel and Palestine to protect innocents on both sides of the conflict, "and so we'll discuss extensively both the situation of rebuilding Gaza but also how can we find a more sustainable peace between Israelis and Palestinians."

Sitting beside Obama, Netanyahu said, "I remain committed to a vision of peace of two states for two peoples, based on mutual recognition and rock-solid security arrangements on the ground."

Israel launched a seven-week military offensive in the Gaza Strip on July 7 with the stated aim of halting rocket fire from the Palestinian enclave.

During the course of the 51-day campaign, more than 2,150 Palestinians were killed-mostly civilians-and nearly 11,000 injured, while thousands of homes across the territory were partially or completely destroyed.

Over the same period, at least 73 Israelis-68 soldiers and five civilians-were killed by Palestinian fighters or rocket fire.

The high civilian death toll led Washington officials to publicly condemn the loss of civilian life and the bombing of U.N. facilities by Israel.

The offensive ended in August with an Egyptian-brokered cease-fire.

Beyond the Israeli-Palestinian conflict, much of Netanyahu's meeting with Obama was expected to focus on Iran's nuclear program, a point of concern for Netanyahu's government. Iran insists that the program is for peaceful civilian use.

The U.S. and its partners in the P5+1-China, France, Germany, Russia and the United Kingdom-have until Nov. 24 to reach a deal with Iran on its nuclear program.

"Iran seeks a deal that would lift the tough sanctions that you worked so hard to put in place and leave it as a threshold nuclear power, and I firmly hope that under your leadership that would not happen," Netanyahu said.

The two leaders were also expected to discuss the U.S.-led campaign against the ISIS militants in Syria and Iraq.