US' Biden calls President Erdoğan to discuss fight against ISIS 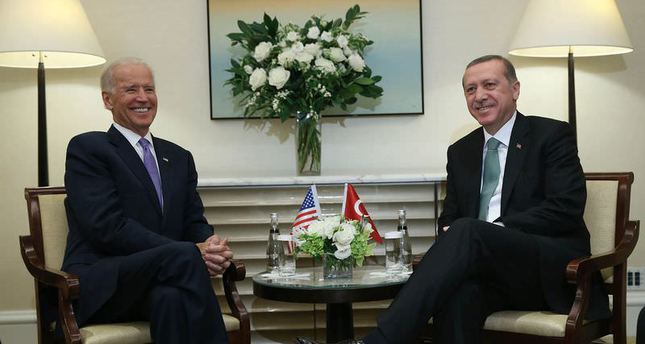 by Daily Sabah Oct 03, 2014 12:00 am
U.S. Vice President Joe Biden called Turkish President Recep Tayyip Erdoğan on Friday to follow up on their meeting in New York on September 25 where they agreed to cooperate against ISIS together in the region.

As the two leaders discussed ways Turkey and the U.S. can work together to degrade and destroy the self pro-claimed Islamic State of Iraq and al-Sham (ISIS) and restore security and stability to the region, Biden praised Turkey's efforts to host Syrian refugees who fled from the ISIS threat.

During the phone call, Erdoğan reiterated to Biden the importance of a safe haven inside Syria and a no-fly zone in order to halt a massive Syrian refugee inflow into Turkey's territories where already 1.5 million people have sought refuge.