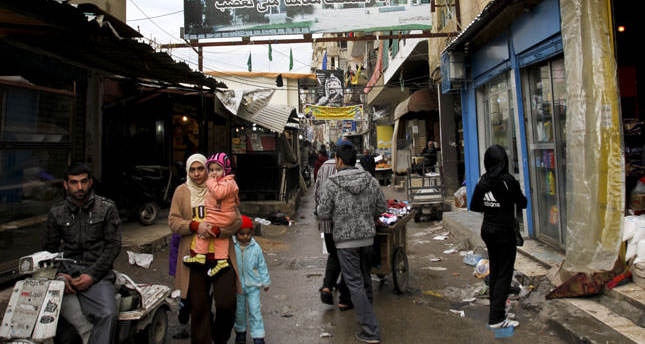 by Daily Sabah Oct 03, 2014 12:00 am
Syrian refugees in Lebanon are suffering from increasing violence as uncertainty and fear shrouds Lebanon, thereby prompting chaos after the outbreak of clashes between the Lebanese Army and extremist groups like the radical Islamic State of Iraq and al-Sham (ISIS) and al-Nusra Front erupted in the northeastern town of Arsal in August 2014. As the clashes continue, Human Rights Watch (HRW) reported 11 violent attacks in August and September against unarmed Syrian refugees presumably with the aim to expel them from specific neighborhoods. HRW has called on security forces and local authorities to "take adequate steps" to protect Syrian refugees against discrimination and violence. HRW also stated that the Lebanese government has failed so far to investigate and prosecute those responsible for the increasing violence where most of Syrians reside.

"Lebanon's security forces should protect everyone on Lebanese soil, not turn a blind eye to vigilante groups who are terrorizing refugees," said Nadim Houry, deputy Middle East and North Africa director at HRW. "The security forces have a duty to protect all persons in Lebanon, whatever their nationality," he also said.

According to UNHRC data, Lebanon is hosting more than 1.1 million registered Syrian refugees as of Oct. 2.