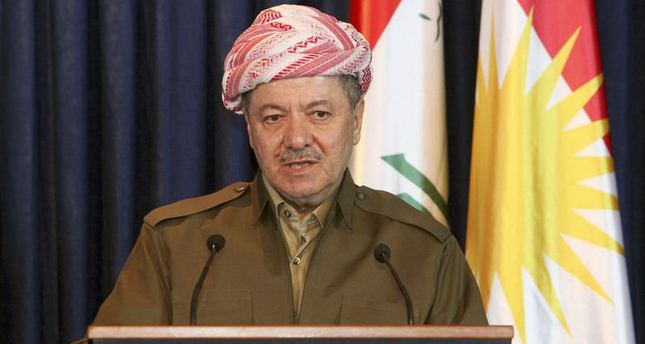 by AA Oct 08, 2014 12:00 am
The leader of the Kurdish regional government, Masoud Barzani, has asked for more U.S.-led airstrikes against ISIS positions in the Syrian town of Kobani.

"Barzani called on all countries involved in the U.S.-led coalition to step up their airstrikes against the militants," Jabbar Yawar, a spokesperson for the Ministry of Peshmerga, told the Turkey's state-run press agency AA on Wednesday.

The Kurdish leader reiterated the support and alliance of his people and government for those who had been coming under fire in Kobani, also known as Ayn al-Arab, by ISIS militants since mid-September.

He also called on the international community to meet the urgent basic needs of Syrian Kurdish refugees and bring an end to the threat posed by ISIS.

A US-led aerial campaign was launched against ISIS targets in Iraq on August 9, supported by France, the U.K. and Belgium, along with Arab states Saudi Arabia and the United Arab Emirates.

More than 170,000 people have crossed into Turkey from Kobani since the relentless advance of the militant group which controls large parts in Syria and Iraq.

The group is now said to be on the brink of overrunning the town.