"No discrepancy" between US and Turkey over strategy against ISIS, Kerry says 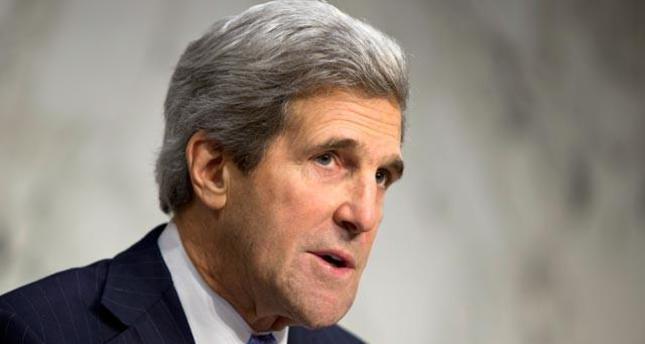 by Anadolu Agency Oct 14, 2014 12:00 am
U.S. Secretary of State John Kerry said on Tuesday there was "no discrepancy" between the United States and Turkey with regard to the strategy for fighting ISIS militants trying to take over a Kurdish town in Syria near the Turkish border.

Despite a deadlock in talks just six weeks before a final accord is due, Kerry said he believed a nuclear deal with Iran was still in sight.

"I don't believe it's out of reach, but we have some tough issues to resolve," Kerry said of the deal meant to reduce fears Iran's nuclear programme could be used to make atomic weapons, in exchange for lifting harsh Western economic sanctions.