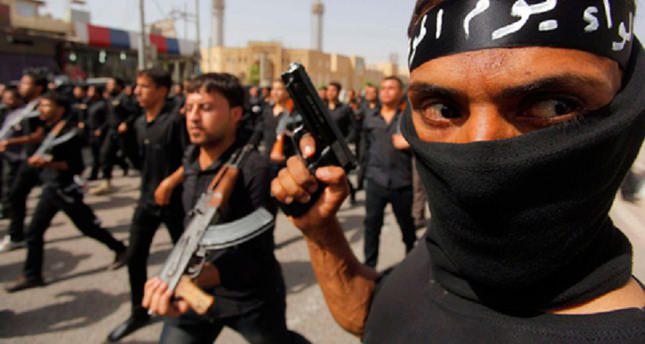 by Daily Sabah Oct 15, 2014 12:00 am
Qatari Emir Sheikh Tamim bin Hamad al-Thani held a meeting with Saudi Arabia's King Abdullah bin Abdel-Aziz in Jeddah. The Saudi Press Agency said, "During the meeting, they discussed cooperation between the two countries in addition to the overall events and developments in the Arab, Islamic and international arena." There was no further detail on the meeting. Yet, sources said the two countries focused on cooperation against the Islamic State of Iraq and al-Sham (ISIS) in the region since both Qatar and Saudi Arabia have taken part in the U.S.-led anti-ISIS coalition. The visit comes one day after Kuwaiti Emir Sheikh Sabah al-Ahmad al-Jaber al-Sabah visited the United Arab Emirates (UAE) for talks with UAE officials. The anti-ISIS coalition has not been sufficient to halt the ISIS advances in the region and the members of the coalition are seeking to broaden the cooperation.

The meeting carries another significant point since the two countries' relations were broken after the military, headed by the incumbent President Gen. Abdel-Fattah el-Sissi, ousted the first democratically elected President Mohammed Morsi in Egypt in July 2013. Saudi Arabia, which appeared as one of the main supporters of the army against the elected Egyptian government, forced Qatar to drop its support for both Morsi and the Muslim Brotherhood – to which Morsi was related. While Saudi Arabia has declared that it will prevent the Muslim Brotherhood members from even obtaining visas to visit holy cities Mecca and Medina, Qatar has accepted to accommodate the top officials of the group. Yet, Qatar asked the officials to leave the country after the increasing pressure. Another dispute erupted between the two countries when the well-respected Islamic cleric Yusuf el-Qaradawi, residing in Qatar, criticized Saudi Arabia over its policy toward Egypt and Syria. Supporting the Syrian opposition was also another problematic issue between the two oil-rich countries. While Qatar sided with Turkey and supported the moderate Syrian opposition, which was derived from the Syrian Muslim Brotherhood and had similar thoughts with the one in Egypt, Saudi Arabia considered the opposition as a threat to its monarchy and allegedly installed radical Salafi-Wahhabi groups. Contrary to Qatar, appearing as a supporter of mainstream Sunni groups around the world, Saudi Arabia has been exporting its Wahhabi understanding of Islam to the world. Therefore, observers believe the visits are part of efforts to heal a diplomatic rift between Qatar on the one hand and Saudi Arabia, the UAE and Bahrain on the other. In March, the three latter states collectively pulled their ambassadors from Doha claiming that Qatar had violated a 2013 security pact and interfered in their internal affairs.