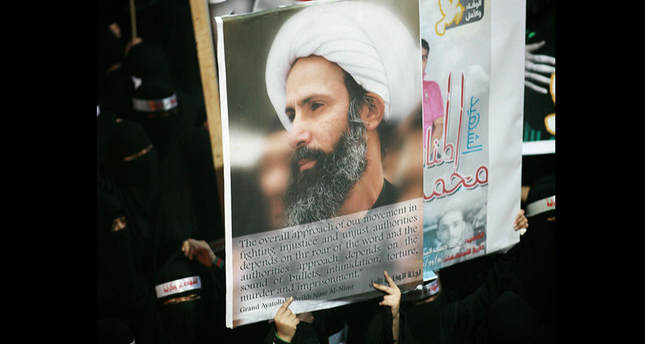 by AA Oct 15, 2014 12:00 am
A Saudi court on Wednesday sentenced prominent Shiite cleric Nimr al-Nimr to death after finding him guilty of "instigating sedition" in the oil-rich kingdom.

Al-Nimr was arrested in July 2012 on charges of inciting sedition. His arrest came against the backdrop of Shiite protests in the eastern Qatif region, which raged in 2011 and 2012 as part of the "Arab Spring" uprisings.

The Saudi authorities also accused al-Nimr of resisting arrest, saying that he and his colleagues had opened fire on troops while attempting to elude capture.

Instead, however, the court decided to sentence him to death.

His brother, also speaking via Twitter, confirmed the verdict.

The Saudi authorities, for their part, have yet to comment on the ruling.

Shiites, estimated at some 10 percent of Saudi Arabia's population of 20 million, have long accused the authorities of marginalizing and discriminating against them in terms of government and army appointments.