US demands ‘long-term struggle’ against ISIS 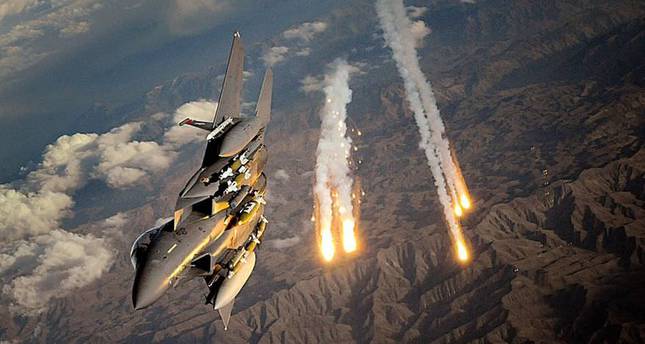 by Daily Sabah Oct 16, 2014 12:00 am
As radical Islamic State and al-Sham (ISIS) militants gain more ground in the northern Syrian Kurdish town of Kobani, also known as Ayn al-Arab, and an Iraqi town close to Baghdad, the U.S.-led anti-ISIS campaign continues to pound militant targets in an effort to save the areas from total collapse. After talks with coalition military leaders, U.S. President Barack Obama warned the anti-ISIS campaign would be a "long-term struggle," as the situation in the captured areas still remains dangerous. "Obviously at this point, we're also focused on the fighting that is taking place in Iraq's Anbar province, and we're deeply concerned about the situation in and around the Syrian town of Kobani," Obama told reporters on Tuesday after attending a meeting led by General Martin Dempsey in Washington to discuss the coalition's work. "This is not simply a military campaign. This is not a classic army in which we defeat them on the battlefield and then they ultimately surrender," he said.

Since the U.S. strategy against ISIS has come into effect, it has also received sharp criticism that the increase in airstrikes has not been able to halt ISIS's advance. Despite daily bombing raids in Iraq and Syria, ISIS is still posing a significant threat to the whole region. ISIS is pressing to gain more ground in the whole of the Anbar province and they are also close to taking Kobani.